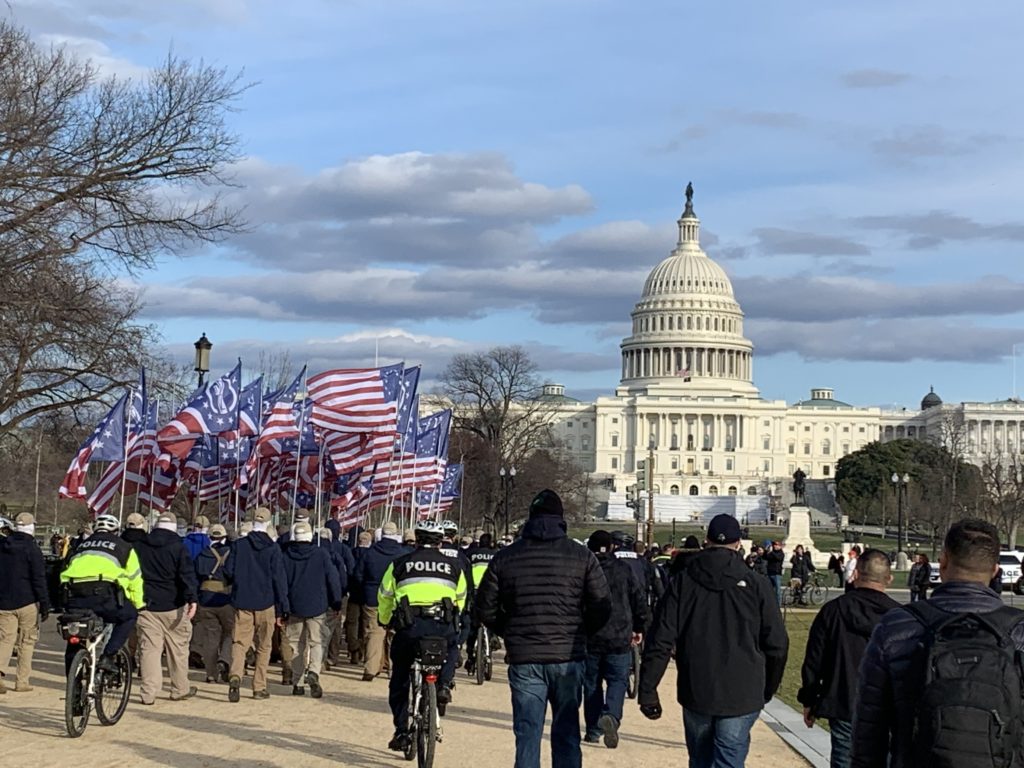 A group of white supremacists from what I believe is the group Patriot Front marched on the Capitol about an hour ago [Saturday]. I got caught up in a group of people following them. We were surrounded by mounted and bike police–and I’ve never seen so many police in one place. They were chanting “Life, Liberty, Victory!” and some other gibberish. They assembled on the lawn for about 10-15 minutes, the leader monologued through a bullhorn (it was hard to understand much of it), they chanted once more, and then turned to march north.

Note that many of these brave patriots marching on the Capitol to demonstrate the truth of their convictions were concealing parts of their faces with bandannas or white turtlenecks.”

Ed. Note: I also received a lot of messages about a huge police presence around the Walmart on H Street, NW – apparently it was a staging/protection area for the marchers.