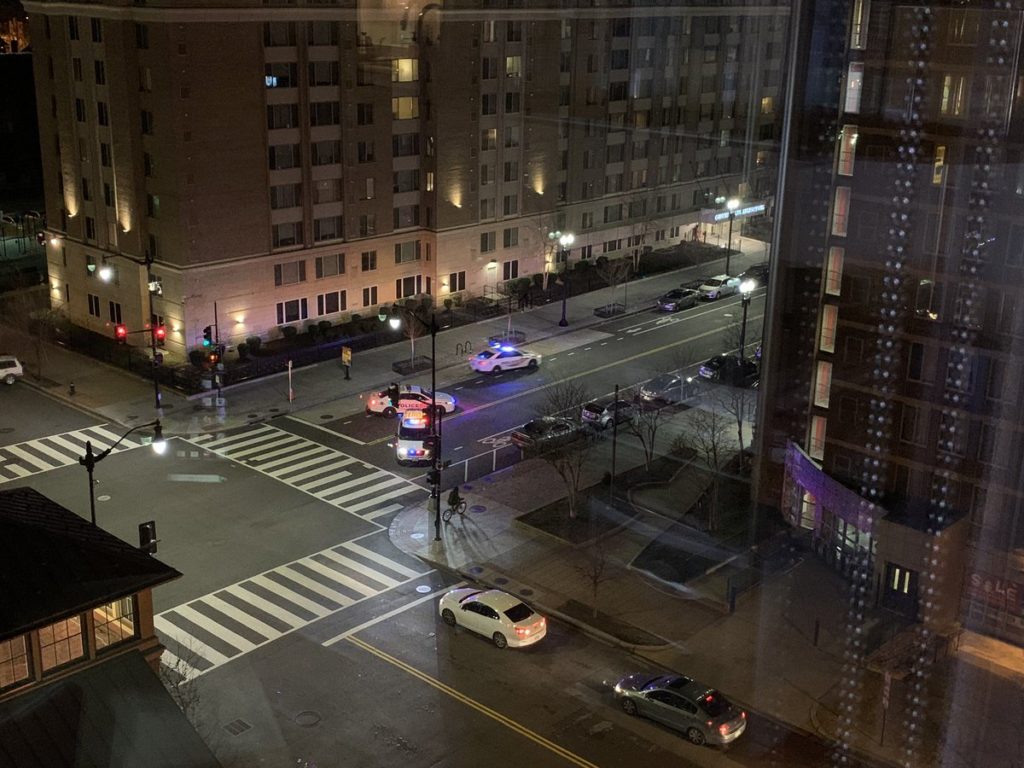 “Detectives from the Metropolitan Police Department’s Homicide Branch are investigating a homicide that occurred on Wednesday, January 8, 2020, in the 1300 block of 7th Street, Northwest.

At approximately 11:33 pm, members of the Third District responded to the listed location after hearing the sounds of gunshots. Upon arrival, officers located a male suffering from a gunshot wound. DC Fire and Emergency Medical Services responded to the scene and transported the victim to an area hospital. After all life-saving efforts failed, the victim was pronounced dead.

The decedent has been identified as 18 year-old Malick Cisse, of Northwest, DC.

A readers reported around 11:30pm:

“Multiple shots fired on 7 and N NW- looks like a man is being taken to the hospital now. Police have blocked off the entire intersection.”

“heard what sounded like multiple gunshots in Shaw ~11:30pm from direction of 7th and N NW. significant police response, 7th closed to traffic.”

“The Third District is currently investigating a shooting in the 1200 block of 7th Street NW. An adult male has been transported to an area hospital in critical condition with gunshot wounds to the upper body.