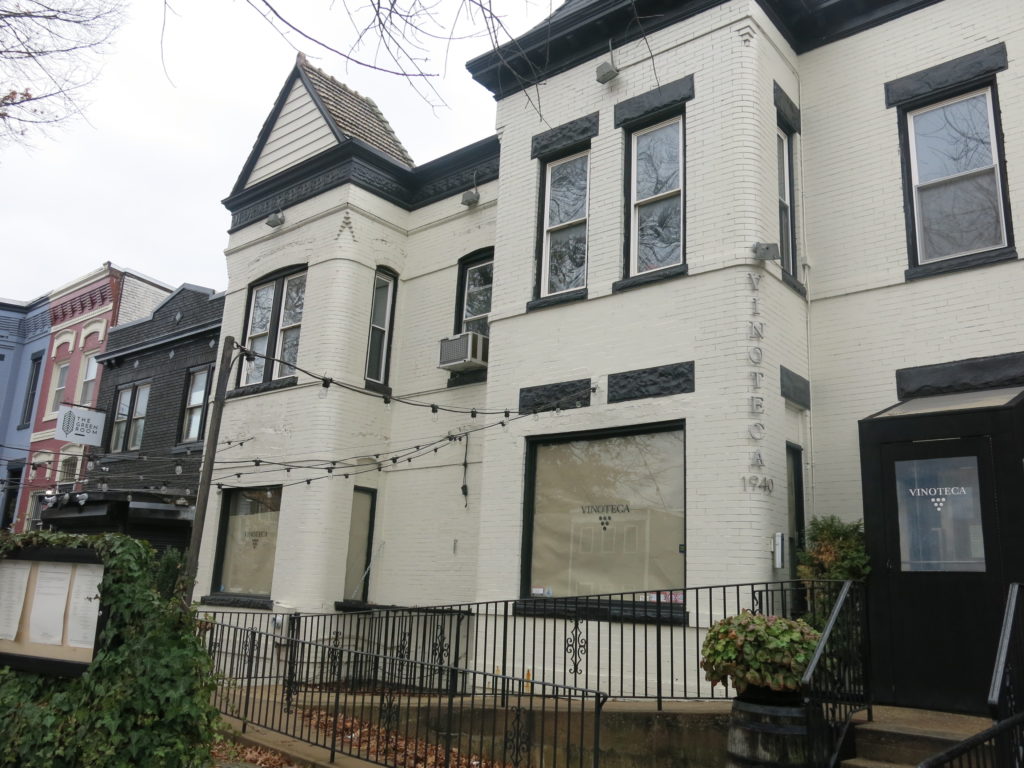 “The team behind Michelin-honored Royal, Latin-inspired bar and eatery in Washington, DC’s LeDroit Park neighborhood, has just announced it will soon open its next venture, Lulu’s winegarden, just off U Street at 1940 11th Street NW, in February 2020. Lulu’s will be a communal, bottle-driven winegarden, with two lush garden patios, reimagined dinner party fare with hints of the southwest from chef and partner Cable Smith, and a fun and affordable under-$50 wine list curated by owner and wine director Paul Carlson.

Dreamt up by local husband-and-wife team Paul and Brittany Carlson, the name honors their 8-month-old daughter Lucilla. Paul currently owns the locally-treasured and esteemed Royal, and formerly operated long-lived and loved Vinoteca which closed in November 2019 after 12 years.

As at a beer garden, groups are welcomed and most seating is communal, with four large handmade, shared wood tables featuring seating for up to 36, with built-in ice buckets to keep bottles chilled. There is also bar and ledge seating for 24, and plenty of standing room for lively gatherings. The indoor space will feature two large flat screen TVs and one large TV on the back patio to air sporting events, debates and more. The space will also be family-friendly and dogs will be welcome on the front patio.

Lulu’s winegarden will also feature two lush outdoor patios – a front street-side patio overlooking dynamic U Street, outfitted with more communal tables and heaters which will open in February, and a charming back courtyard complete with outdoor grill and bocce court, which will be renovated and open later in spring 2020. 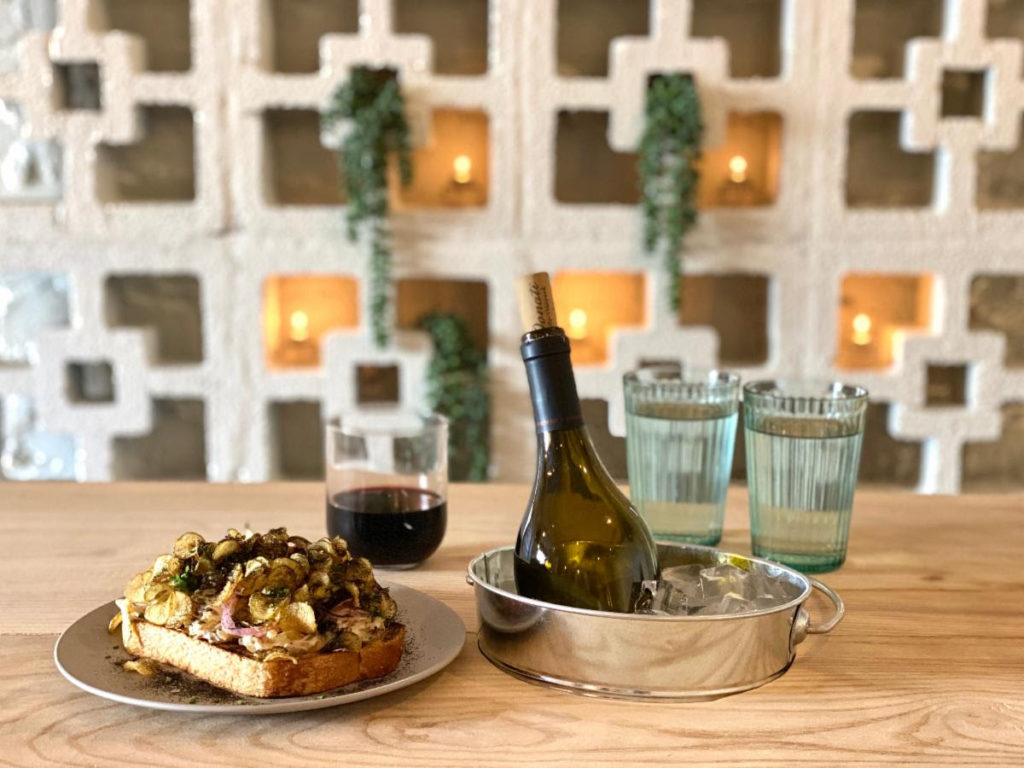 The culinary program will be led by chef and partner Cable Smith, who helms the kitchen at Michelin Bib Gourmand-honored sister restaurant Royal in LeDroit Park. Chef Smith has created a playful and shareable menu perfect for a modern patio wine party. Lulu’s guests will find fresh, vibrant flavors, reimagined nostalgic snacks like French onion dip in toast form, topped with salt & vin chips and onion ash, creative sandwiches including a fermented chile-smothered crispy chicken combo, and allergy and dietary restriction-friendly options like a vegan mushroom n’duja toast and an avocado-dressed lime caesar, rounding out the casual but innovative offerings.

Like with the bar’s design, Chef Smith peppers in little culinary touches inspired by his many years living in the Southwest, best illustrated in his famous white queso, a crab and burnt grapefruit-topped tostada, a smoked pastrami-style pork belly on Texas toast, and a fiery hatch chile harissa accompanying a medley of grilled carrots.

Born and raised in Albuquerque, New Mexico and having most recently lived in Austin, Texas before joining the Royal team in 2017, Chef Smith is a kitchen veteran of acclaimed dining destinations such as Foreign & Domestic in Austin, Hugh Acheson’s Empire State South and Richard Blais’ HD1, both in Atlanta. Under his direction, Royal has maintained its esteemed position on Michelin’s Bib Gourmand list and was named “Casual Restaurant of the Year” in 2019 by the Restaurant Association of Metropolitan Washington (RAMW) in its annual RAMMY Awards.

Owner and wine director Paul Carlson has curated an exciting, affordable and bottle-driven wine program designed to offer really interesting wines at an exceptional value. The list will kick off with 40+ wines, all just $49 a bottle, representing small producers hailing from both renowned regions and lesser-known terroirs. The unique list will also feature a small but mighty selection of Baja wines hailing from Mexico, an up-and-coming area the Carlsons fell in love with while traveling and tasting.

Dropping the wine margins that restaurants typically aim for and offering the majority of its bottles at a flat $49, Carlson hopes to offer exquisite quality at a lower price, and take encouraging guests to explore regions and varietals they may not be familiar with, to discover phenomenal gems without worrying about cost.

In addition to the extensive bottle list, Lulu’s winegarden will offer a small selection of by-the-glass wines for those who prefer to try as they go.

Three-time finalist for “Cocktail Program of the Year” in the RAMW’s RAMMY Awards, Royal’s Alonzo Freeman has developed a selection of craft cocktails and spikeable Agua Frescas, featuring seasonally-rotating fruits, herbs and botanicals, many of which can be made zero-proof for non-drinkers. 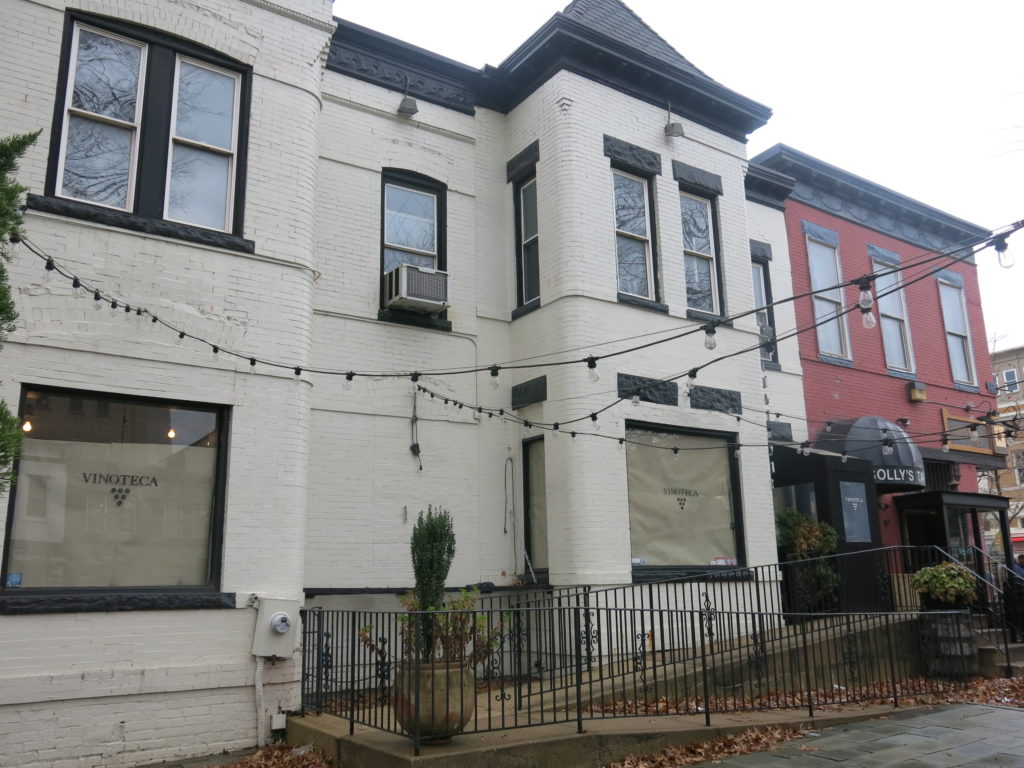 next door to my beloved Solly’s

More Stories
Dagger. Walls of Books “are closing our doors this weekend – 2.2.2020.”“it’s like sitting and eating in an active warehouse”