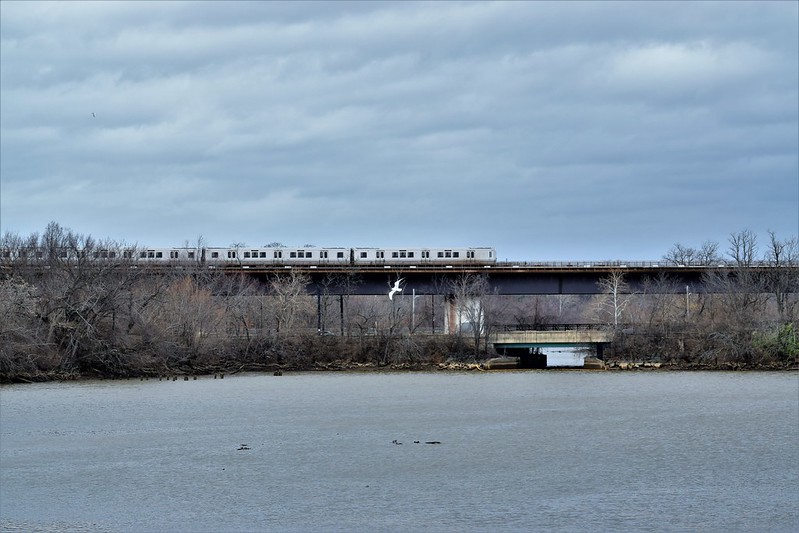 “Metrorail’s ridership growth trend can now be expressed in years, with the system posting a 4-percent increase in passenger trips for the 2019 calendar year, ending a downward trend that lasted most of the prior decade. Total rail ridership was 182 million trips, compared to 175 million in 2018, a net increase of seven million trips, reflecting increasing customer confidence in Metro’s reliability and on-time performance.

Ridership increased across all days of the week, including a 3.3 percent increase in weekday travel–the equivalent of 20,000 additional trips per commuting day. Metrorail’s average weekday ridership now stands at 626,000.

Meanwhile, customer on-time performance improved to its highest level in a decade, with 89.8 percent of riders arriving on time on weekdays. The region’s capital investment in Metro is yielding dividends, allowing for the replacement of half of Metro’s entire fleet–more than 500 of the system’s oldest and least reliable railcars–with an entirely new generation of state-of-the-art 7000-series trains. As a result, the average age of Metro’s rail fleet has been cut in half in just five years, from roughly 25 years in 2015 to under 13 years today. Railcars have an expected service life of about 40 years.

Customer-focused improvements implemented last year contributed to the increase in rail ridership. These changes included extending Yellow Line service to Greenbelt, extending all Red Line trips to the ends of the line, offering new money-saving pass options, and doubling down on Rush Hour Promise, Metro’s first-of-its-kind service guarantee that automatically gives customers back their fare if their rush-hour trip on Metrorail is delayed more than 10 minutes.

“We know that our customers have lots of travel options these days, and that we have to earn their patronage every day through convenient, affordable, reliable service,” said Metro General Manager and Chief Executive Officer Paul J. Wiedefeld. “We are excited to continue this trend and welcome more riders to Metro, as we work even harder to become the region’s transportation provider of choice.”

Last year’s rail ridership gains came amid planned improvement projects that, while essential, temporarily reduced ridership, including the summer-long closure of six stations south of National Airport for platform reconstruction. The federal government shutdown that extended through most of January also had a negative impact, reducing ridership by an estimated 100,000 trips per weekday.

Metrobus ridership declined 3.5 percent as traffic congestion resulted in longer travel times and a drop in service reliability. Metro is focused on finding regional solutions to make bus service more competitive with other travel options, and is working to implement recommendations of the Bus Transformation Project with our jurisdictional partners.

2019 Metrorail by the Numbers:

More Stories
“This is just one of hundreds of examples.”If You’re Looking For Breaking News over the Long Weekend