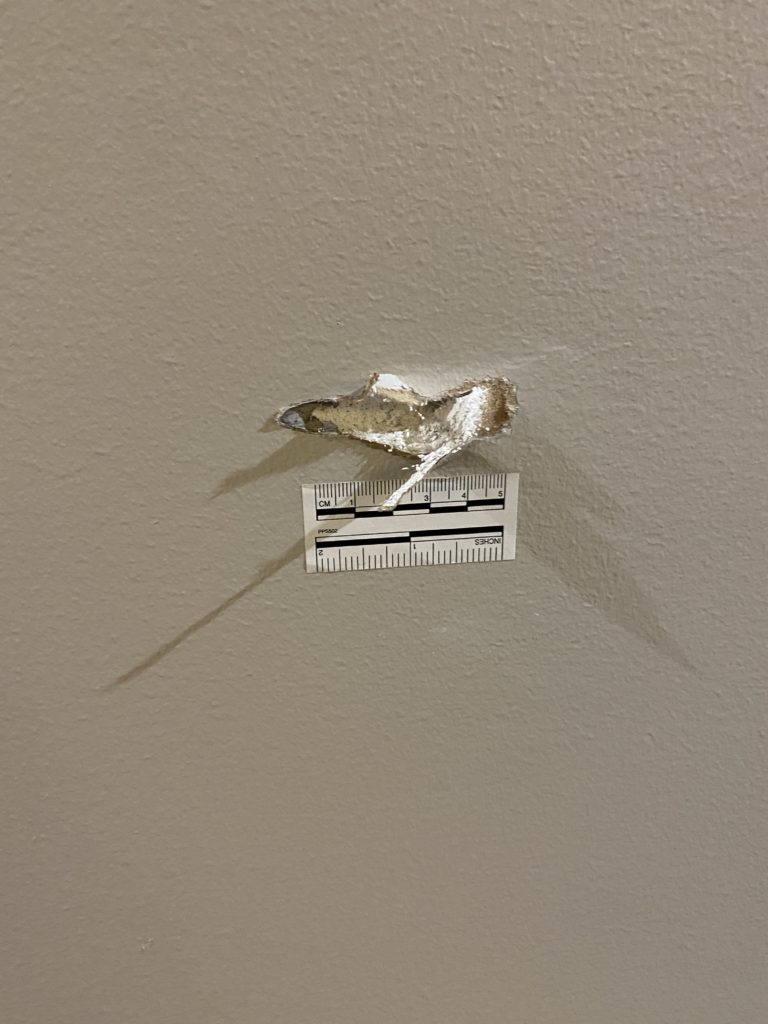 A reader shares some frustration and more details about the Saturday morning shooting inside the Capitol View building at 14th and Belmont Street, NW:

“The UDR building management has sought to downplay this incident from the start. They didn’t send any message to residents until more than 3 hours after the incident occurred with very little information. Then when they did follow-up several more hours later, the message is an unacceptable minimization of their knowledge of the ongoing problem with this unit, the seriousness of the incident itself and the severity of the damage caused.

Per the MPD on the scene, multiple rounds were fired within the fourth floor hallway. The gunfire was not confined to the unit. Please see the attached photo of the bullet hole in the elevator landing wall. If it’s not an “on-going threat to the community” now, it certainly was when bullets were flying in a common space at 9 a.m. on a Saturday! 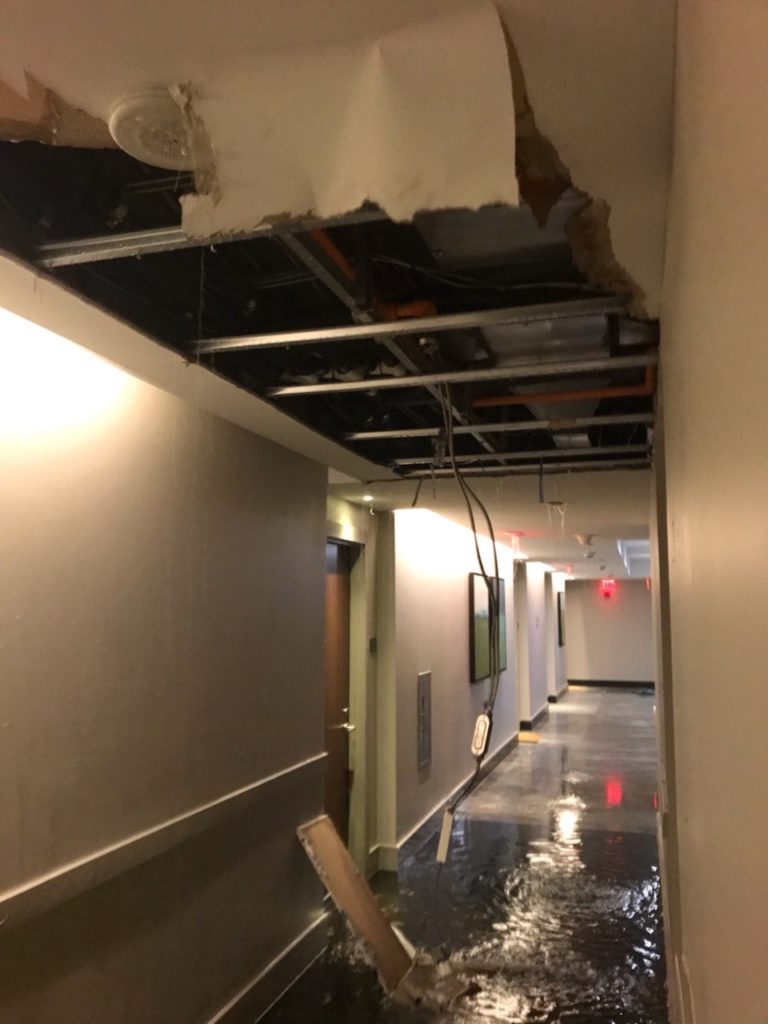 The unit this incident started in on the fourth floor has been a known issue to management for months — that this happened is not a surprise to them or to adjacent tenants. Per the police officers that were still on site guarding the crime scene at 2:30 p.m., multiple residents remarked to them that they knew it was only a matter of time that something like this would happen related to this unit. 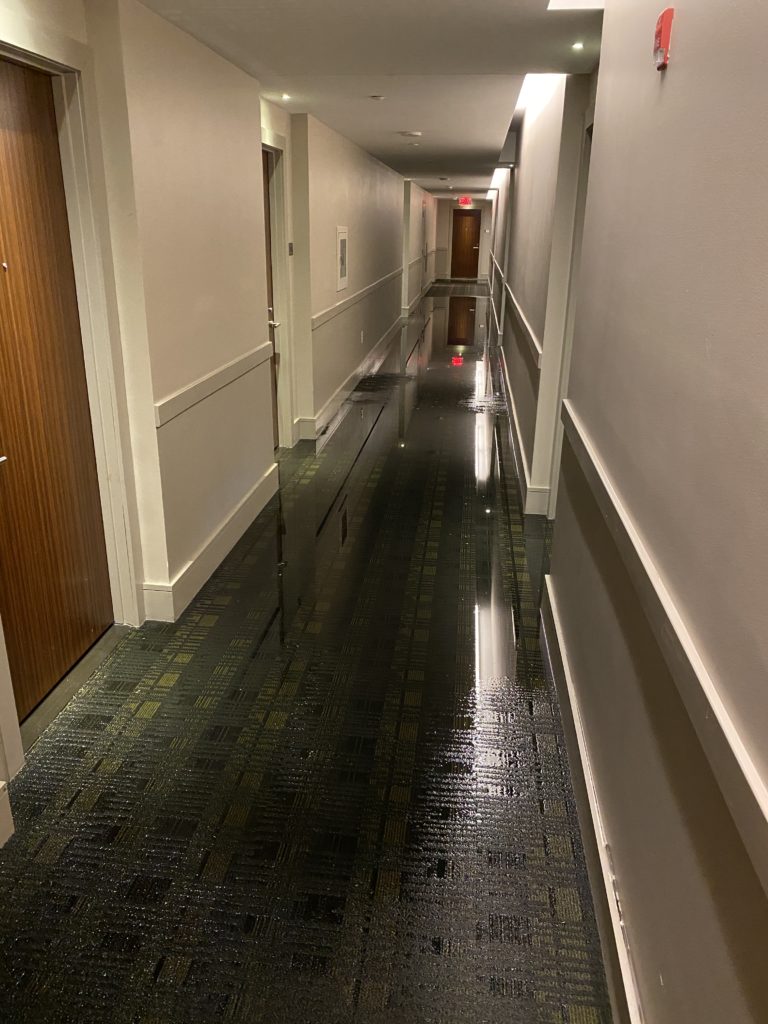 And “one shot hit a water line” doesn’t quite do justice to the fact that seven floors worth of the fire suppression system completely emptied onto the hallways of the 3rd and 4th floors, creating a lake of standing water on the 4th and 3rd floor hallways, damaging two dozen units with varying levels of water intrusion, with water streaming all the way down to the lobby. 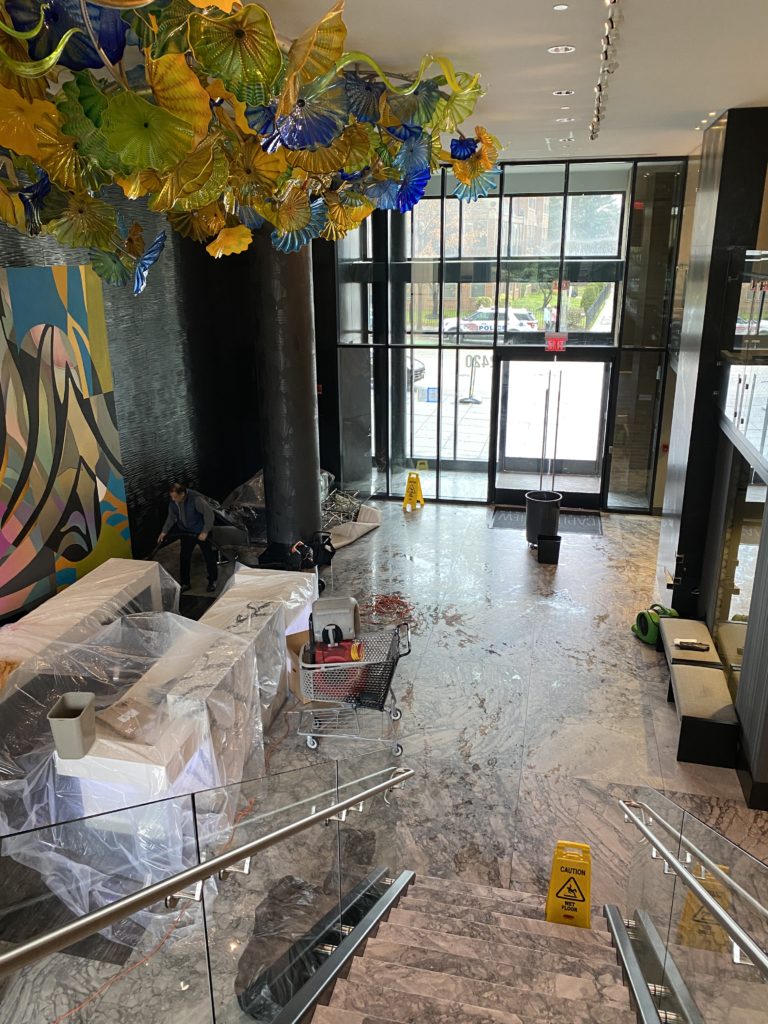 A little honesty would’ve gone a long way from UDR but they don’t seem capable of it.”