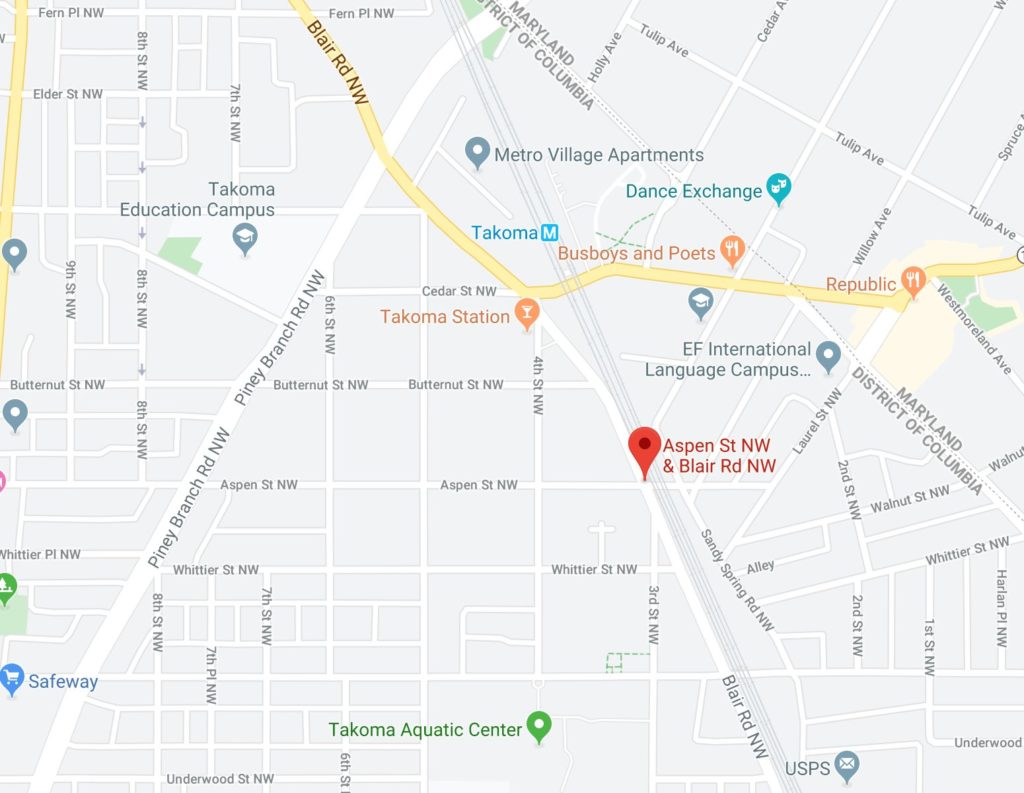 “Detectives with the Metropolitan Police Department’s Major Crash Investigations Unit are investigating a traffic fatality that occurred on Tuesday, December 17, 2019, in the intersection of Aspen Street and Blair Road, Northwest.

At approximately 1:58 pm, a blue 2003 Volvo was driving northbound on Blair Road, Northwest, at a high rate of speed. The Volvo sideswiped a white 2014 Acura and then crashed head-on into a 2008 GMC pickup truck in the intersection of Blair Road and Aspen Street, Northwest. DC Fire and Emergency Medical Services responded to the scene and after all life-saving efforts failed, the operator of the Volvo was pronounced dead on scene and transported to the Office of the Chief Medical Examiner. Additionally, two passengers of the Volvo and the operator of the GMC pickup truck were transported to local hospitals for treatment of non-life threatening injuries.

The decedent has been identified as Teresa Larnell Channelder, 35, of Northeast, DC.

The Post reported: “a woman and a child about 4 years old were transported to a hospital in critical condition.”