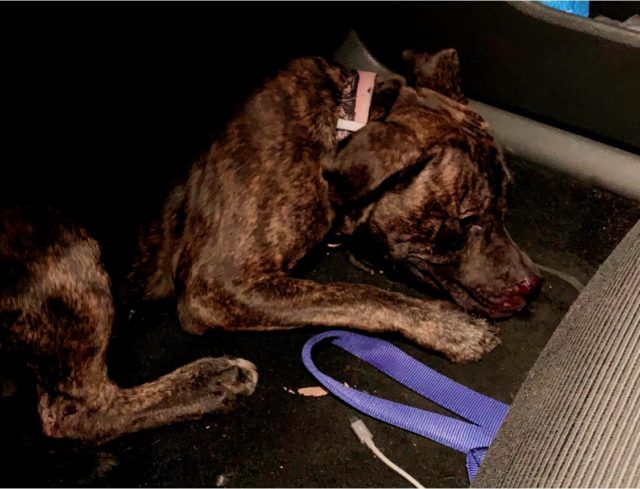 My friend was driving near Rock Creek Park in NW at 1:30am last night and came across a dog that had been hit by a car.

FOUND DOG!! Female brindle pit mix I think. Sharing in hopes of finding her owner as she had no tags or microchip. I was driving on Rock Creek Parkway near Waterside exit in NW DC last night around 1:30am and saw a dog on the road that had been hit by a car that was pulled over with its hazards on. The guy confirmed he hit her but didn’t seem to be doing anything about it so I put her in my car and took her to the vet where she is now.

She has some bad injuries I think and the vet can’t give me too much info because an animal alliance group assumed responsibility for her so I just want to find her owner – I think/hope she has one because she was wearing a collar. I only got one pic because the poor thing was terrified and huddled in pain on the floor of my car but if anyone knows anything or can share so we can find her owner, that would be great. Poor little pup.”