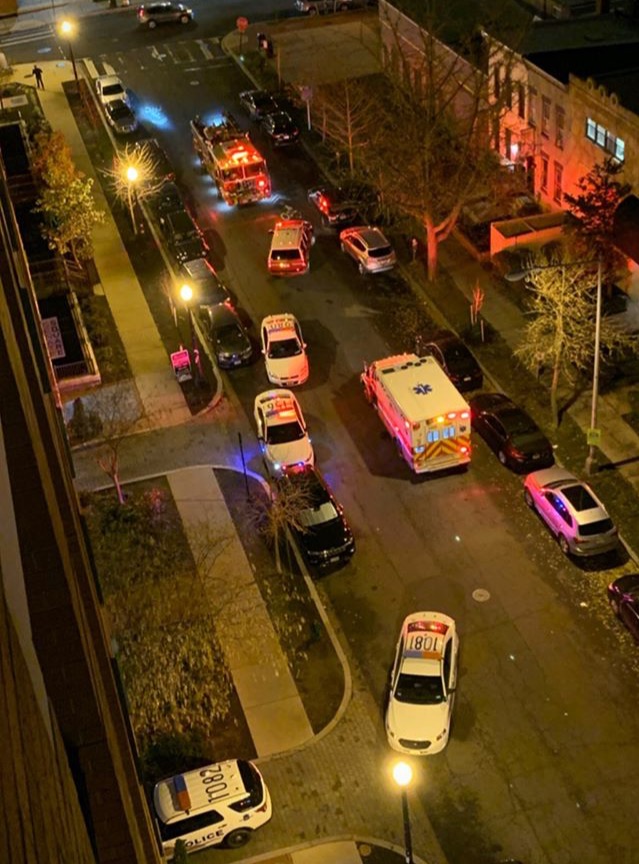 “Shortly before 7pm tonight, First District members received a call for a shooting inside a location within the 200 block of I Street, NE. Once on the scene, we did locate an adult male suffering from at least one gunshot wound. While investigating we learned that another victim suffering from a gunshot wound was located at an area hospital. Detectives are actively investigating this case and this scene to determine what occurred that lead to this shooting. If you have any information please don’t hesitate to reach out to MPD at 202-727-9099 or via text at 50411.

As soon as we have more information to share, I will get it out to you immediately. Again, we are actively investigating to determine what occurred here and who is responsible.

Both victims in this case are considered suspects and have been placed under arrest for this event.”

Readers have reported starting around 7:15pm:

“2 guys just were shot in my building at Senate Square (I St NE) on the 5th floor. Confirmed with police in our elevator.”

MPD reported: “Shooting in the 200 block of I Street, NE. Lookout for two B/Ms, one heavyset, wearing all black clothing.”

“update: NOW DOUBLE SHOOTING— 2nd and I Sts NE-DC on the 5th floor of an apartment bldg. 2nd patient took an Uber to the hospital. A 19yr-old man was taken by ambulance. Both sound non-life threatening. Suspects are 2 males, one is heavy-set, both wearing all black clothing.”

Alex reported at 8:30pm: “Police are still on the scene. Fifth floor is locked down, but I’m not aware of police presence on any other floors. 3rd street and H street entrances appear to be clear.”

more stories
Previous
“I think we need to talk about Charles County, or at least their motto.”