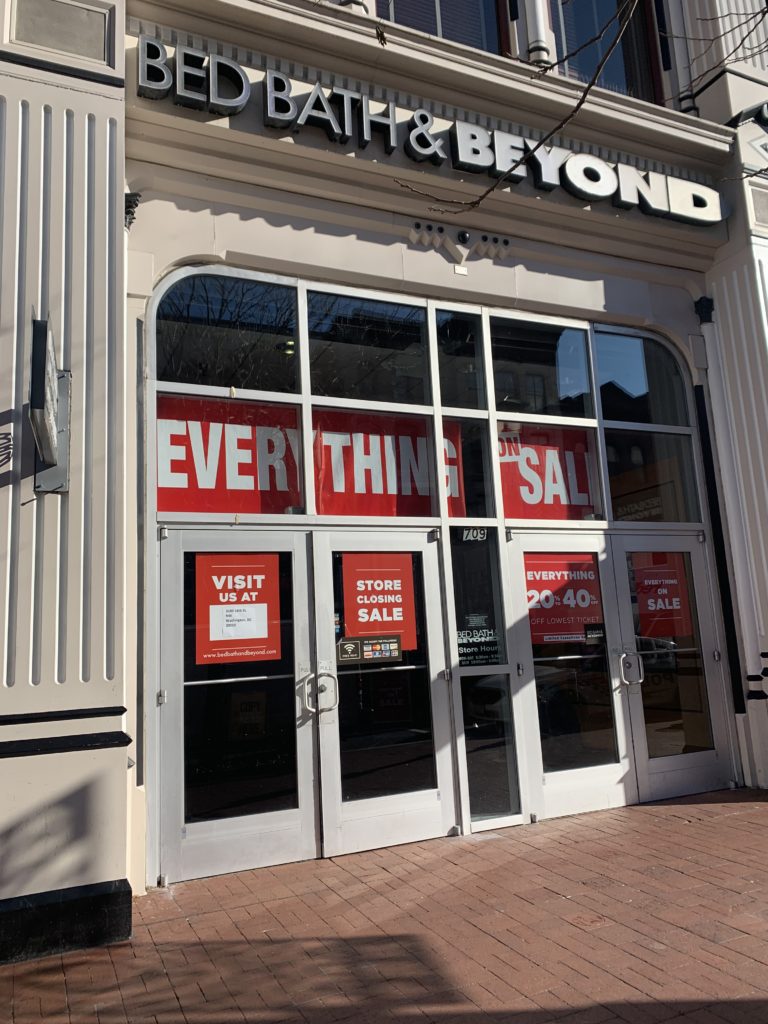 Ken reports from the front lines:

“I went in to get a few things and while I was checking out, I was chatting with the sales clerk. She told me that the store won’t actually close until June 1st and that they will continue to get shipments of items until that time, but it would mostly be clearance or other reduced items. She described it kind of like a BBB clearance center. She also said that she’s heard a lot of scuttlebutt regarding what would happen to the space,

including Target. In addition to Target, she also mentioned that she heard Lucky Strike would move into the space as well as a casino. Like most things, only time will tell, and I cannot corroborate any of this, but thought it was interesting and wanted to pass along. Also, FYI, the majority of the store is 20% off, with a few select items at 40%. They aren’t taking any coupons or other discounts and all sales are final.”