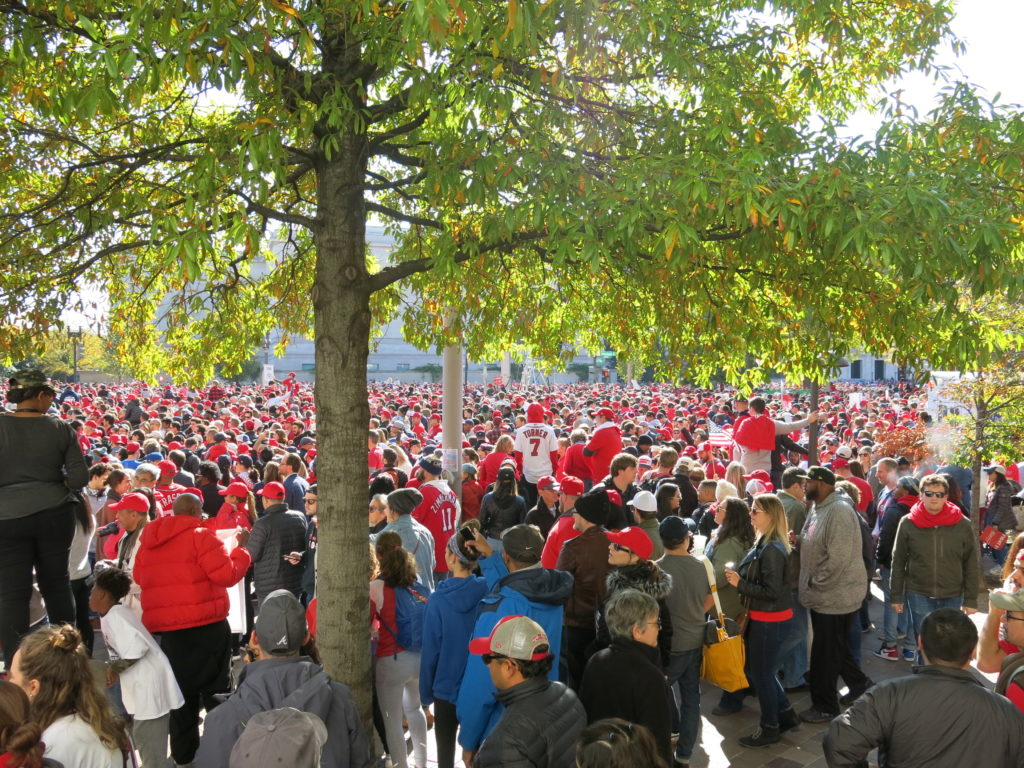 I’ve been sharing it with my parent friends as a reminder of what we need to watch. I try to be easygoing and let my 9yo daughter have some independence, but I’m really rattled after Saturday.

My daughter and I were standing near the rally stage at 3rd and Pennsylvania around 2 p.m. It was crowded but everyone was happy and it was a beautiful day.

Then a white guy in his mid-50s standing near us started standing TOO near us. He said, “How old is your daughter? Is she 8?” I replied that she was 9, because I hadn’t fully caught up with how weird he was yet. He said, in a manner I can only describe as super fucking creepy and with a big wolfish smile, “She looks just like candy.” It was so weird and aberrant, it gave me chills.

I pulled my girl further away from him but we were in pretty tight quarters. Thirty seconds later a woman who had been standing behind us, but not heard the exchange, tapped me on the shoulder and said, “There is a man behind you who keeps staring at your daughter and something isn’t right about him. Keep a good hold on her.”

He moved away but I was so uncomfortable in the crowd by that point that I decided we should go. Bad move, because we quickly got so jammed up that we couldn’t move an inch in any direction. It was genuinely scary and dangerous and people were getting aggressive.

After a long time when we had crept down the block a bit, I heard this terrible bellowing over the noise of the crowd and parade. I saw that it was that same creep, and that the crowd was going to shunt us right up against him. And it was the kind of crowd where when I tried to plant my feet I got pushed so hard from behind that I bent double at the waist. My kid was already panicking from being so squeezed by the crowd and when she saw where we were being routed she lost it completely and started climbing on me like a tree.

Thanks to a nice man from South America who helped us, we got out of there and we’re fine but it was awful. I’m glossing over the part where we got stuck in between two men who were about to start punching each other over our heads.

But this is the worst part. Just before that creepy encounter started, I had been thinking that I might let my daughter try to wiggle through the rows of people in front of us to get up front so she could see the players on the buses. I thought she’d have a better chance alone because she’s smaller.

I swear I am not an alarmist. I see those dumb viral posts all the time about moms feeling like they are being targeted at Walmart by human traffickers and I know they are a load of crap. But this guy was something else and the way he talked to us and looked at us was absolutely chilling. It will be a long time before I consider letting my girl out of my sight at an event like that again.”