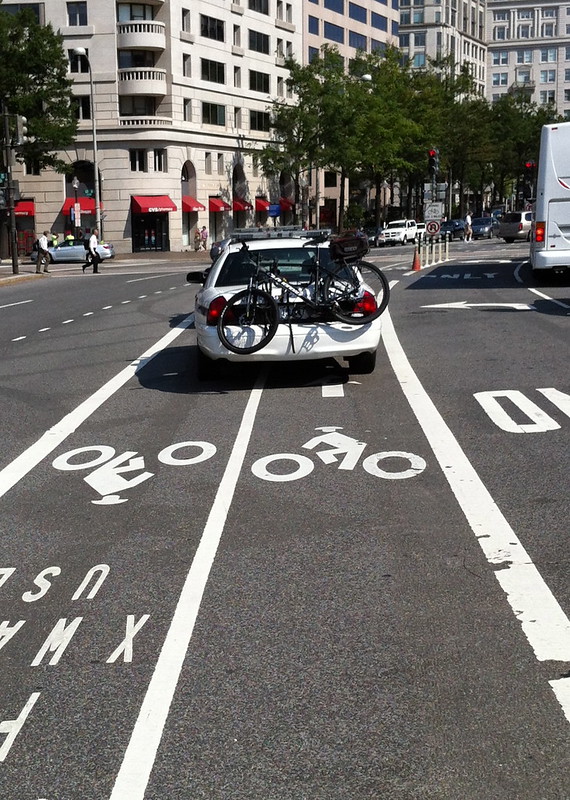 “By investing in and deploying additional resources and working together as a community, we can make the District’s bike lanes safer and more efficient,” said Mayor Bowser. “In building safer bike lanes we can keep our roads and sidewalks safe for all who use them, encourage residents and visitors to explore alternate modes of transportation, and work toward our Vision Zero goals.”

DPW currently has 272 PEOs who cover 109 locations during five eight-hour shifts. The agency will provide more officers in locations where additional resources are needed to help change behavior and improve safety based on surveillance and 311 requests. Each location will have at least one person dedicated solely to bike lane enforcement, with a particular focus on vehicles blocking bike lanes.

“This mobilization of additional PEOs is just another example of District agencies constantly analyzing how we can use our resources more efficiently and effectively, in order to best serve District residents and keep them safe,” said Deputy Mayor for Operations and Infrastructure Lucinda Babers.

PEOs will be able to photograph vehicles blocking bike lanes and mail those citations to vehicle owners if they leave before the ticket can be directly presented to them. This was made possible by the District’s Fiscal Year 2020 Budget Support Act.

“When people see our PEOs coming, they pull off,” said DPW Director Chris Geldart. “The new law will give us an opportunity to take a photo and mail it to the resident–even if they drive off before we can give it to them–and, hopefully, change the behavior.”