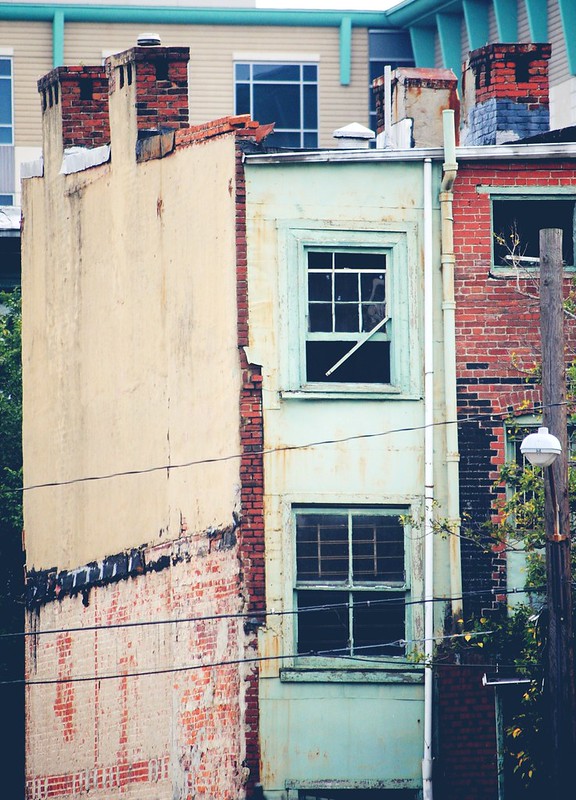 “Attorney General Karl A. Racine today announced that notorious landlord Sanford Capital, LLC, and its owner will return over $1.1 million in rent payments to 155 tenants forced to live in uninhabitable conditions. The joint settlement agreement resolves three consumer protection lawsuits the Office of the Attorney General (OAG) brought against Sanford for charging rent but failing to maintain its properties and endangering its tenants. It also resolves 32 claims filed by the Legal Aid Society of the District of Columbia on behalf of individual tenants relating to housing conditions at one Sanford property. Under the terms of the joint agreement, Sanford will be required to return rent paid by tenants at three properties located in Wards 5, 7, and 8, pay the District a penalty, and continue divesting from all their properties in the District as required by a previous settlement.

“The Office of the Attorney General fought Sanford Capital’s shocking abuses for years alongside tenants and their advocates,” said AG Racine. “I am pleased that this settlement will provide long-overdue monetary relief to vulnerable residents who were forced to endure inhumane living conditions. Today’s settlement sends a message to slumlords that business practices that put profit ahead of the safety and wellbeing of their tenants will not be tolerated in the District.”

Sanford Capital, LLC, formerly operated residential apartment buildings in the District of Columbia. The Bethesda-based company and its principal, Aubrey Carter Nowell, allegedly engaged in a pattern of neglect and forced hundreds of vulnerable low-income tenants to live in unsafe and inhumane conditions. The District’s Consumer Protection Procedures Act prohibits a wide variety of deceptive and unlawful businesses practices and protects consumers, including tenants.

Since 2016, Sanford Capital and Nowell have faced lawsuits filed by AG Racine over dangerous living conditions and flagrant violations of the District’s housing laws at multiple properties. Two of Sanford’s properties, the Terrace Manor apartment complex in Ward 8 and the Congress Heights Apartments in Ward 7, were placed under receivership by the Superior Court due to their terrible condition. As part of a 2018 settlement of the case involving the Terrace Manor complex, Sanford Capital and Nowell were required to pay $325,000 in restitution to tenants at that building and stop doing business in the District.

Specifically, OAG alleged that Sanford Capital and Nowell violated the District’s Consumer Protection Procedures Act at these properties by:

Settlement Agreement
The settlement agreement resolves OAG’s allegations that Sanford Capital violated the District’s Consumer Protection Procedures Act at three properties. It also resolves claims brought by the Legal Aid Society for the District of Columbia on behalf of 32 tenants at one of the properties. As part of the settlement, Sanford Capital and Carter Nowell will:

A copy of the Congress Heights Apartments settlement agreement is available at: https://oag.dc.gov/sites/default/files/2019-11/Congress-Heights-Settlement.pdf

A copy of the G St settlement agreement is available at: https://oag.dc.gov/sites/default/files/2019-11/4951-G-Street-Settlement.pdf

A copy of the Franklin St Settlement agreement is available at: https://oag.dc.gov/sites/default/files/2019-11/315-Franklin-Settlement.pdf

“Thanks to the advocates, organizers, and attorneys who have worked tirelessly to seek justice for these harmed tenants and have kept up the fight for years,” added AG Racine. “This resolution would not have been possible without the efforts of the Legal Aid Society of the District of Columbia, the Washington Legal Clinic for the Homeless, Housing Counselling Services, and Arnold & Porter.”

Rachel Rintelmann, Supervising Attorney in the Housing Unit at the Legal Aid Society of the District of Columbia, said: “Legal Aid was happy to once again partner with OAG as we fought to enforce our clients’ rights to safe and habitable housing. Our clients lived for many years with serious housing code violations and a landlord that ignored their repeated requests for much-needed repairs. It is our hope that the financial recovery will both compensate our clients–in part–for their losses, and also send a message to landlords that they cannot violate the law with impunity.”

William Merrifield, Staff Attorney at the Washington Legal Clinic for the Homeless, said: “The Alabama Ave/13th Street Tenant’s Coalition has been fighting Sanford Capital and their various business partners for the past six years. In that time, the Office of the Attorney General has been an indispensable partner in making certain that Sanford Capital be held accountable for attempting to illegally empty the buildings above the Congress Heights metro in order to deprive Coalition members of their rights under the Tenant Opportunity to Purchase Act. The AG’s office understands that it is not only necessary to obtain injunctive relief for the tenants in order to protect their tenancies, but also that the tenants have monetary redress for Sanford Capital’s bad acts. We look forward to continuing to work with OAG and greatly appreciate their efforts on behalf of the Coalition.”

In response to the District’s affordable housing crisis, AG Racine is using the law to protect tenants, hold abusive landlords accountable, and preserve existing affordable housing. OAG has won court orders forcing building owners to fix issues including mold, vermin infestations, and fire code violations at properties across the District and secured hundreds of thousands of dollars in restitution for residents who were forced to live in unsafe conditions. OAG has also sued landlords who refused to take basic security measures to keep tenants safe, stopped landlords who illegally converted rent-controlled apartments into short-term rentals, and took action against landlords who discriminated against District residents who use housing vouchers.