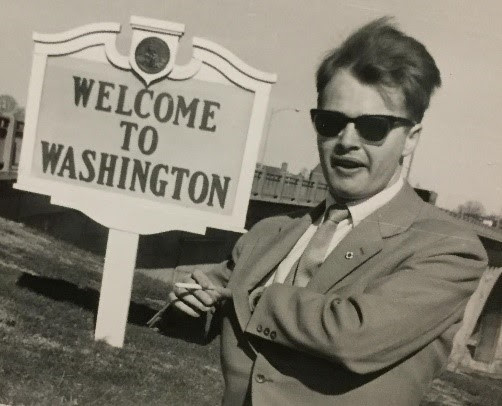 Thanks to Tim for passing on from Old Europe (2434 Wisconsin Ave, NW):

“Affectionately known to many simply as Mr. Karl, our hearts mourn the passing of Karl J. Herold who died peacefully on October 12, 2019, he had a long and successful life as Chef and Proprietor of the Old Europe Restaurant. He will be dearly missed by his family, friends and many business associates.

Born in 1935 in Uder, Germany he eventually immigrated from Heiligenstadt, Germany to Washington, D.C. absconding East Germany to create a new life in his adopted homeland in 1960.

In the Spring of 1972, Karl and Isabel acquired the then landmark eatery here in Georgetown from the founders Ida and Albert Lichtenstein, who established the restaurant in April of 1948. Karl dedicated his life to the continued success and legacy of the business and the needs of his own growing family.

Among other business ventures and opportunities, in 1990 he purchased the Rheingarten Restaurant in Stafford, Virginia which also became a successful establishment.

He leaves behind his wife of 53 years, Isabel and their four children Alex, Oliver, Sarah and Elisabeth. A small, private memorial will be held where he will be laid to rest in DC’s historic German Immigrant Cemetery, Prospect Hill.

We know Mr. Karl was well-loved by many at Old Europe, customers and staff alike. Alex and Cindy appreciate all condolences received directly and indirectly and have set up a space for you to write and share your memories of Mr. Karl at the front of the restaurant. They ask that in lieu of flowers, a small donation be made to maintaining Prospect Hill Cemetery. Thank you for keeping his legacy alive.”