Search
Washington, DC
Columns
weather, What the Helen of Troy is This 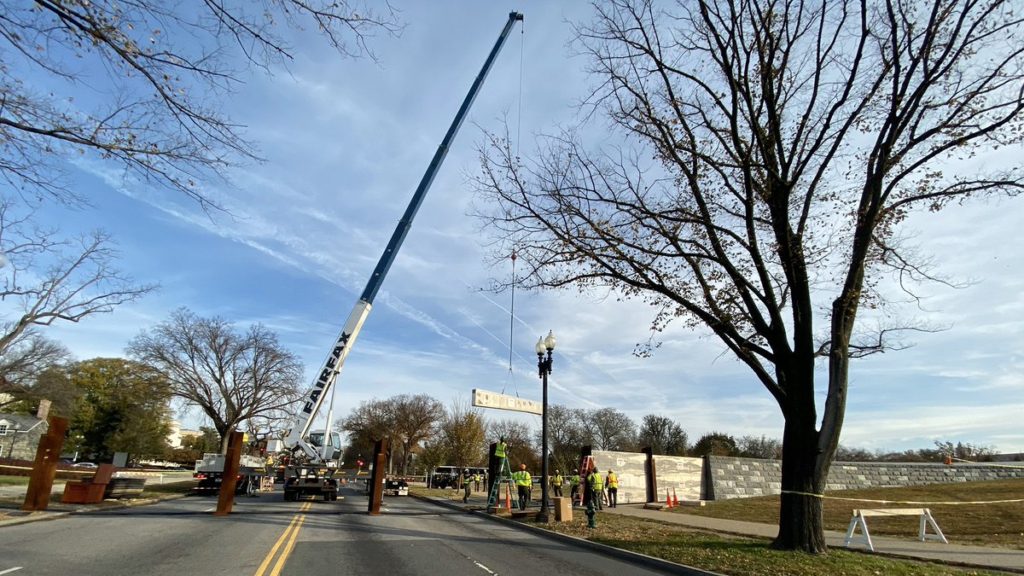 Thanks to John for sending: “17th Street Flood Wall test install this morning.”

“On Friday, November 15, the National Park Service will close 17th Street between Constitution Avenue NW and Independence Avenue SW from 4 a.m. until approximately 4 p.m. to perform a test installation of the 17th Street levee. Motorists, pedestrians and cyclists should plan alternative routes accordingly to bypass the closed area. The annual test installation is necessary to ensure the levee closure can be erected properly in the event of high water, and is also a requirement of the U.S. Army Corps of Engineers, which constructed and regulates the levee system and closure.

Consisting of aluminum panels between steel posts, the 17th Street levee closure is part of the Potomac Park Levee System in downtown Washington, D.C. In the event of high water, the removable structure can be erected across 17th Street NW south of Constitution Avenue NW to reduce flood risk to human safety and critical infrastructure downtown and in Southwest parts of the district from flooding of the Potomac River. The 17th Street levee is operated and maintained by the National Park Service.”

And from the National Park Service when the project was under construction in 2012/2013:

“Location: 17th St., NW, between Constitution and Independence Avenues, and extending into Constitution Gardens and the Washington Monument grounds

• Improve the reliability of the river flood protection for the monumental core of Washington, DC.
• Install levee components consisting of permanent walls on both sides of the street, and a removable barrier system in street which will allow insertion of post and panel flood control structure when needed.”

Next
What the What?!? Creole on 14th coming to former Jenkins BBQ/Ruby Tuesday space or is it really coming to the former El Tio space?