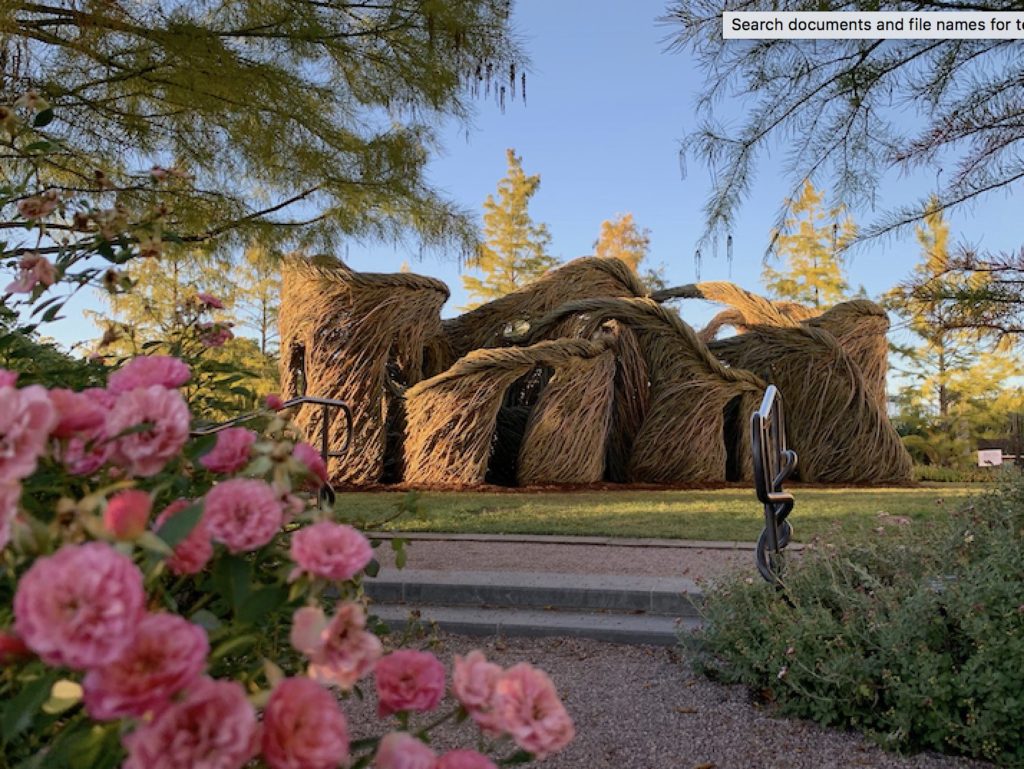 “After three weeks of weaving work, the Patrick Dougherty sculpture at U.S. Botanic Garden is complete. The sculpture, woven from thousands of plant saplings and branches, stands 15-feet-tall and 25-feet-wide. Dougherty has titled the sculpture “O Say Can You See.”

“I’m really excited to be here, participating in the 200th anniversary of the U.S. Botanic Garden,” said Dougherty. “We’ve tried to make a sculpture that really excites people’s imagination. Visitors might think of fond memories in nature like playing with sticks as a child, a first kiss under a lilac bush or a nice walk in the woods, or maybe think of other items they’ve seen in nature like a bird nest they’ve just seen somewhere in the Garden.”

Visitors are invited to touch and walk through the sculpture, which will be on display through the end of December 2020.”