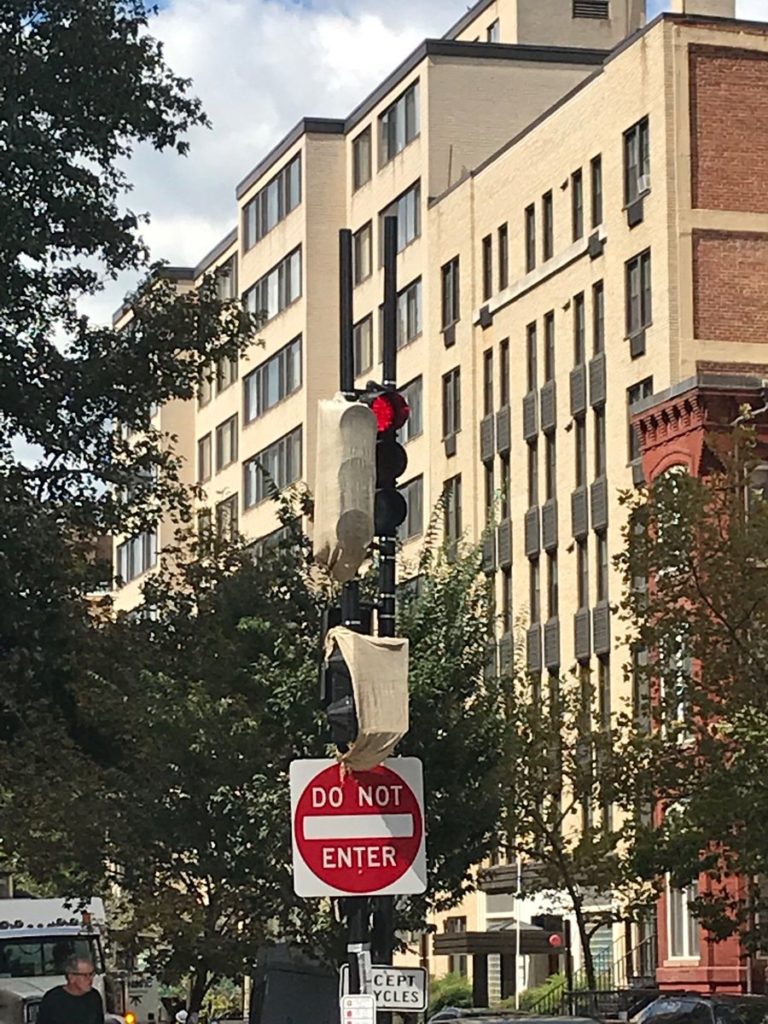 Along 14th st NW, particularly here at N st after the circle, the old traffic lights and crosswalk signals have been covered in burlap. The new ones are installed directly behind it — meaning that as a pedestrian, you absolutely cannot see the crosswalk signal, so everybody just goes off of the traffic lights meant for cars. Meaning you don’t know if you have 30 seconds or 5 seconds to make it across. We have a lot of elderly folks trying to catch the bus at this intersection.

I get that it’s not the end of the world, but what is even the point of having a crosswalk signal you can’t see? What’s the point of installing it and covering up the old one only to leave it there? I’d like to know when this is going to look like a normal intersection, and if DDOT even has plans to address it. It’s been like this since well before the bike lanes and bus islands were redone — at least the beginning of the summer.”