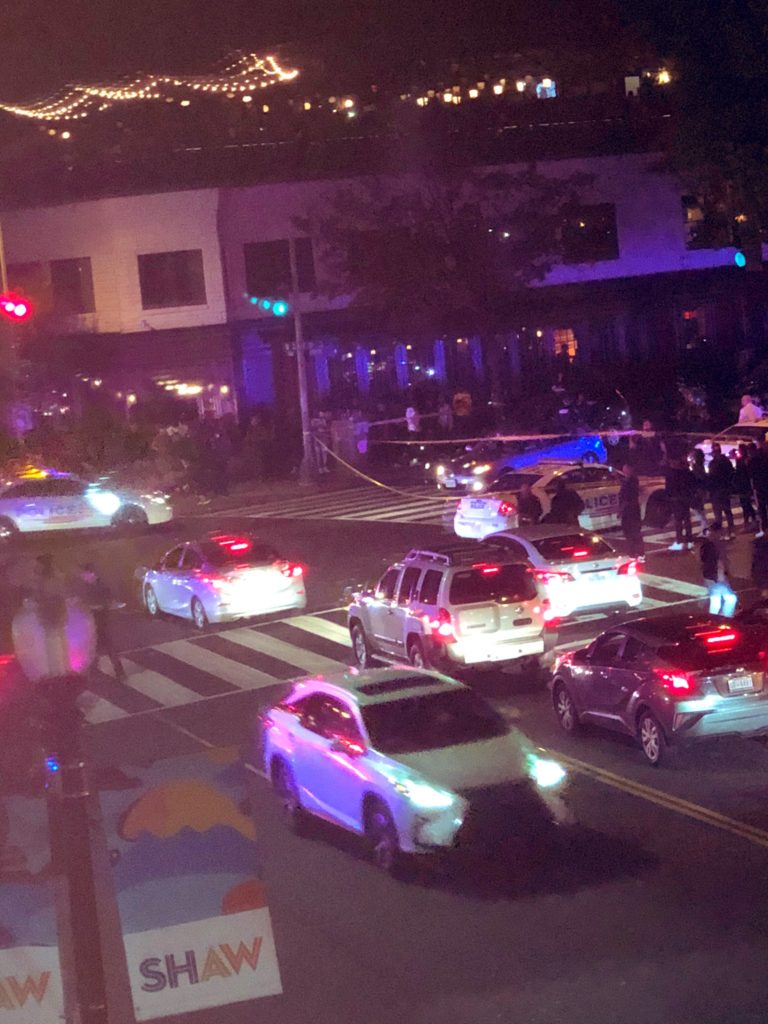 “shooting on the corner of 9th and U right now – right in front of Nellie’s. Don’t know what happened but there’s a body in the street.”

“Members of the Third District have responded to the area of Florida and U Street NW in reference to the sounds of gunshots. We have recovered shell casings in the area and a vehicle which has bullet damage to it. However, we have NOT located any shooting victims or individuals reporting that they were shot at. Officers and detectives on the scene continue to investigate.

Read more →
More Stories
If You’re Looking For Breaking News over the Long WeekendMPD “investigating a shooting inside of a building” in Columbia Heights around 12:45am Sunday