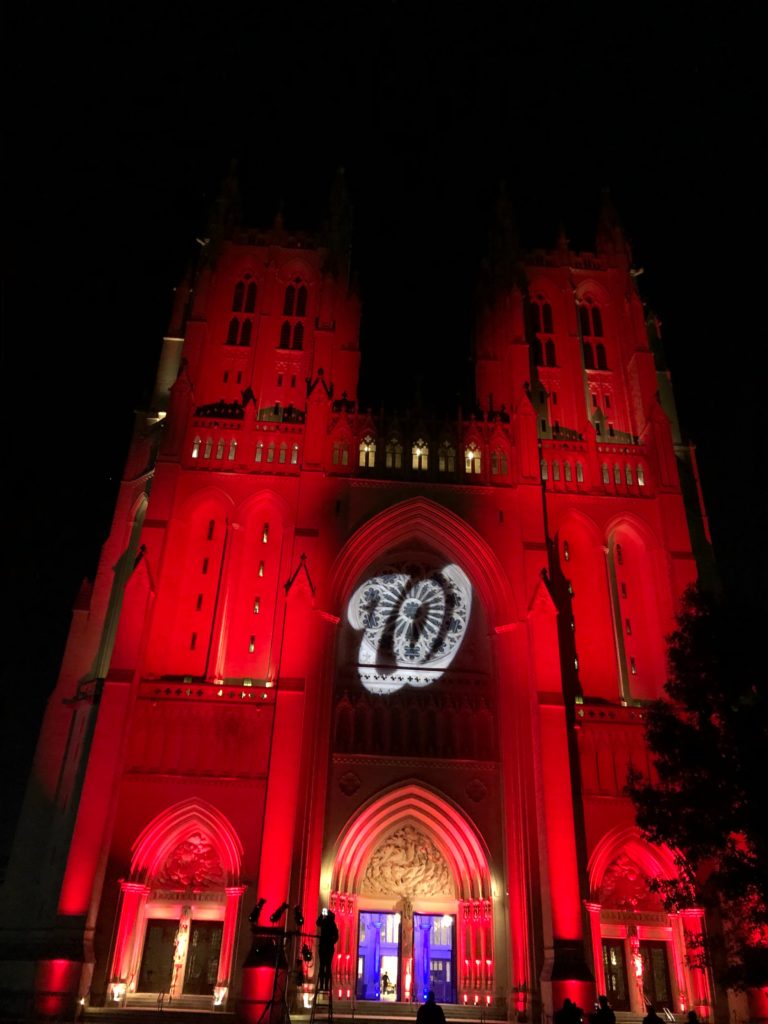 Thanks to Crystal for sending: “National Cathedral keeps being awesome!”

To honor the Nationals bringing baseball back to D.C. after a 33-year absence, Chad Cordero and Brian Schneider of the inaugural 2005 Nationals will throw and catch the ceremonial first pitch on Friday night.

On Saturday, the ceremonial first pitch will be thrown by a Nationals Youth Baseball Academy scholar-athlete, accompanied by current Nationals and big supporters of the Academy, Anthony Rendon and Max Scherzer.

If a Game 5 is necessary, the Nationals will welcome chef and humanitarian José Andrés to throw a ceremonial first pitch. Named one of Time Magazine’s “100 Most Influential People” in both 2012 and 2018, Andrés is an internationally-recognized culinary innovator and founder of World Central Kitchen. In January 2019 Andrés opened a World Central Kitchen on Pennsylvania Ave, Washington D.C. to feed federal workers who were furloughed during the government shutdown.”