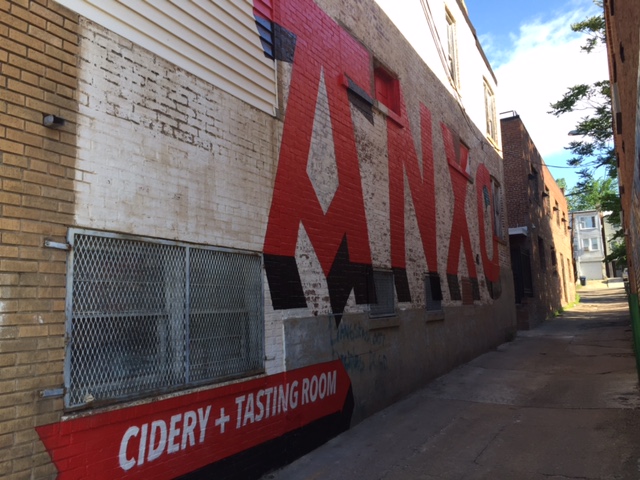 “We are excited to announce that ANXO Executive Chef Alex Vallcorba will be taking over food operations at ANXO’s Kennedy Street Tasting Room starting on Thursday, October 3rd. Executive Sous Chef Jose Zelaya will oversee food operations at ANXO Cidery & Pintxos Bar on Florida Avenue, where he has helped run the kitchen since it opened three years ago. Kennedy Street Head Chef Davon Pulliam is returning home to Baltimore for a Head Chef position after working with ANXO through a year of pop-ups, a year opening Florida Avenue, and two years running his unique menu on Kennedy Street.

Chef Alex will continue to curate the Catalan and Basque-inspired menu at Florida Avenue, which features staple dishes like Cider-Poached Pulpo (octopus), Grilled Green Onions, Pan-Roasted Quail, and a 24oz Ribeye that won City Paper Editor’s Choice Best in DC in 2018 (It’s still that good!). The restaurant no longer ranks on top 100 lists, the critics don’t come, but the food is phenomenal and that’s not changing. If you think of ANXO as just the cider place, think about checking out DC’s 101st best restaurant. [Florida Dinner Menu (PDF)]

On Kennedy Street Alex plans to source even more directly from farmers, garden extensively, and sketch his own menus daily to showcase ingredients in their prime. ANXO is constructing a roof-top garden that will provide the Tasting Room with herbs and vegetables in the Summer, and other local gardens and farms will supply as much of the menu as possible. Keep your eyes out for Pulpo a la Gallega, the best Veggie Burger you’ve ever had, house-made conservas, breakfast sandwiches all day, and original open-faced toasts. And be sure to say hello to Alex when you come by, he’ll be cooking solo behind the bar and lives in the neighborhood. 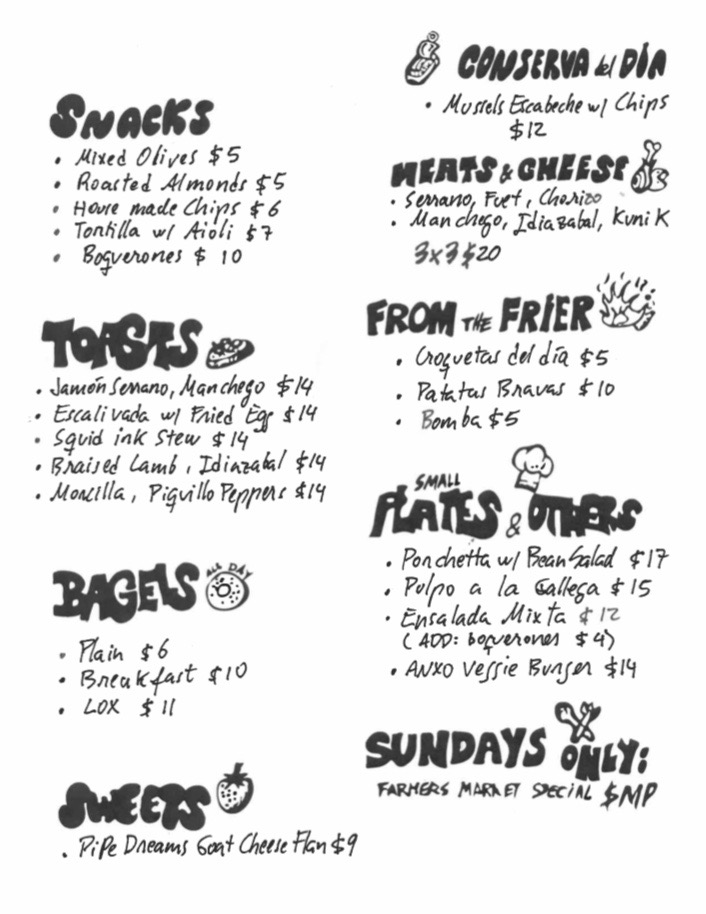 Chef Davon, or “Geri” as he is known by regulars, created the ANXO Tasting Room model of cooking and bartending at once. ANXO Cider, which is made on Kennedy Street, is best enjoyed with food and it has been a perfect fit to have such an inspired culinary approach within the cidery and behind the bar. We wish Davon the best of luck in his new venture, though we know he won’t need it. If you want to send him off in style and enjoy his food for the last time without a trip to Baltimore, come by Kennedy Street on Sunday from 9am – 10pm for some Geri-approved festivities.