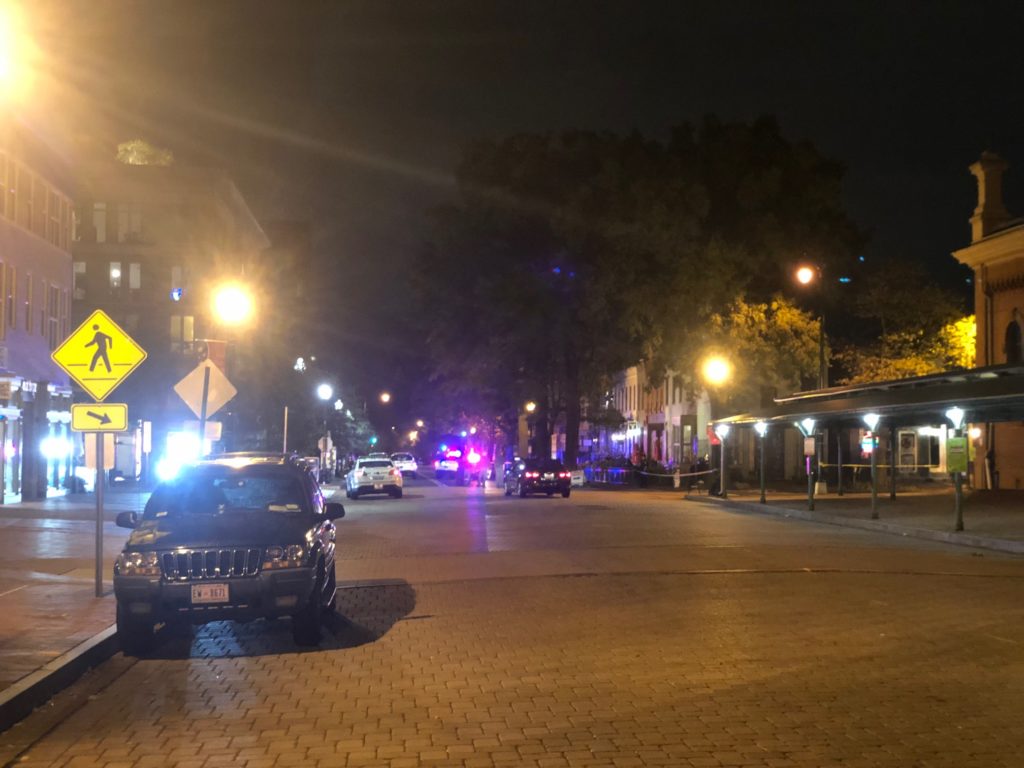 “MPD officer I spoke with said there was a carjacking on H St that resulted in a police pursuit and ended with a crash in the 600 block of NC Ave. The suspect then got out, was pursued on foot and apprehended in the general vicinity of Bullfrog Bagels (per the pic… sorry I couldn’t get closer). All roads in the triangle between C, NC and 7th are taped off at the moment and detectives are wandering around Eastern Market looking for something.”

During the preliminary stages of the call for police service, the complainant advised 1D units that the suspect had brandished a handgun and took the their vehicle. On scene 1D units provided a lookout for the vehicle and suspect. Moments later while canvassing, 1D officers observed the complainants vehicle traveling around 7th and North Carolina Ave, SE. Upon attempting to locate the vehicle and suspect 1D units located the complainant’s vehicle unoccupied. However, as the officers were canvassing on foot in the neighborhood, several citizens provided the suspect’s locations of flight from police. Based on several citizens’ information, 1D officers located the suspect, apprehended him without incident, and placed him under arrest.”