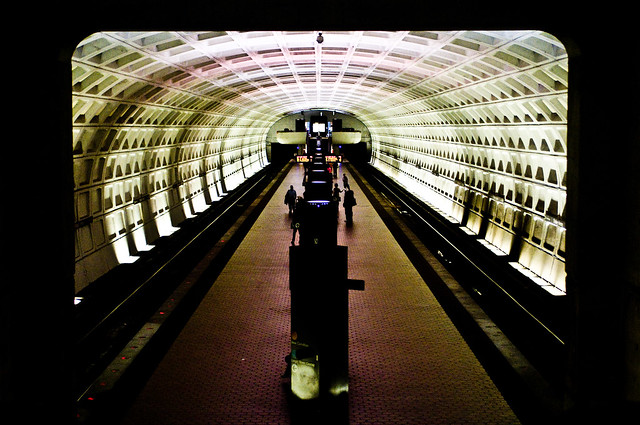 A reader reported at 9:25am: “Active crime scene at stadium armory. Train is stopped and police in train interviewing ppl and taking photos. All cars are going wrong direction. Blood all over metro car apparently. My wife is there now. Police are photographing a gun on train.

“Update: There was a fight on the train. Upon entry by Metro Transit police they located a gun and have recovered it”.

Metrorail info reported at 9:30am: “UPDATED: Orange/Silver/Blue Line Delay: No longer single tracking. Residual delays continue in both directions due to an earlier a police investigation at Stadium-Armory.”

“Earlier this morning, the Metro Transit Police were completing an investigation regarding a disruption that occurred on one of their rail cars. The MTP intercepted the rail car at the Stadium Armory Metro Station. At that time, the disruption had ended as the involved parties were no longer present and had left the scene. Anyone with information may contact the Metro Transit Police on 202-962-2121 or the MPD Command Information Center at 202-727-9099.”

photo by Alex Huie Ed. Note: If this is you, please email prince[email protected] so I can put you in touch with OP. “Dear PoPville, So, this is a weird one:…

Read more →
More Stories
When Untz Untz Goes Very Very WrongToday’s The Last Day for the Chinatown Starbucks and of course a “Bank is taking over the space.”