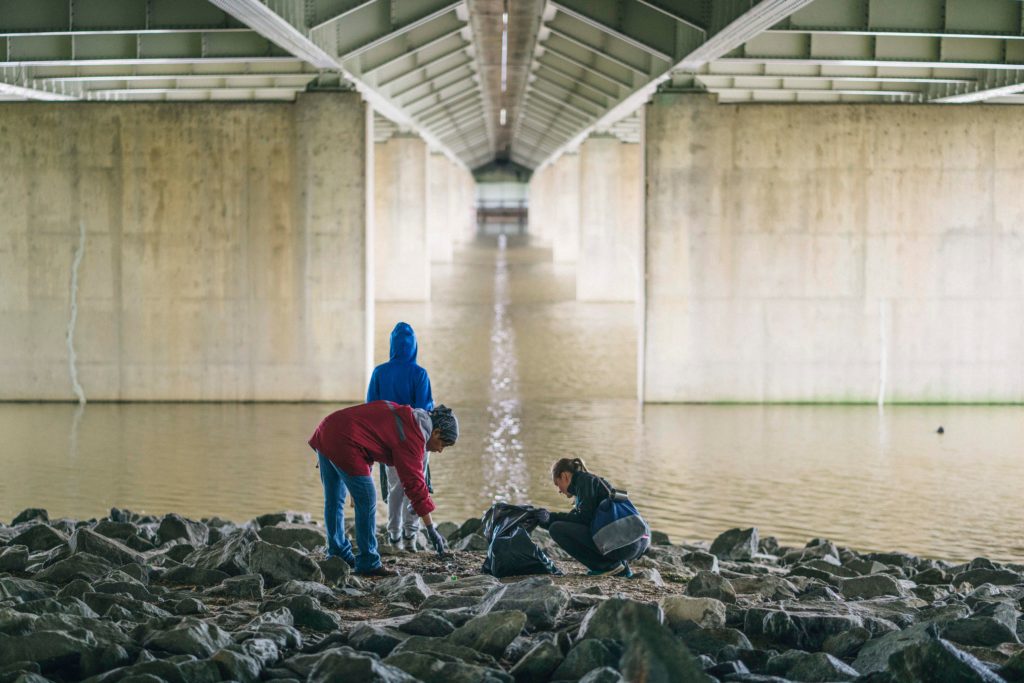 “This fall, Ocean Conservancy invites Washingtonians to take part in a global effort to tackle the threat of ocean plastic pollution as the organization’s flagship International Coastal Cleanup (ICC) event returns to Kingman and Heritage Islands in the Anacostia River on September 21, 2019.

“Last year was the first time in the history of the ICC where over one million volunteers participated worldwide, and momentum continues to grow,” said Allison Schutes, director of the International Coastal Cleanup. “From the passage of legislation combatting marine debris in Congress to implementation of a city-wide ban on plastic straws, D.C. is in many ways at the epicenter of the fight against ocean plastic. My hope is that this awareness translates to more Washingtonians rolling up their sleeves and coming out to the cleanup.”

Despite being postponed due to Hurricane Florence, volunteers at last year’s flagship D.C. event collected a record amount of nearly 5,000 pounds of trash. While Washington, D.C., is not on a coast, the Anacostia River is just 100 miles away from the Atlantic Ocean, and rivers and waterways are a major way that trash enters into the ocean.

As in years past, the flagship D.C. event will feature live music, lawn games, an ocean-themed photo booth and a “weird finds” contest of trash collected (past entries included a Polaroid camera, bowling ball, fire hose, and Incredible Hulk costume glove, to name a few). Volunteers will receive t-shirts and other giveaways; gloves, bug spray and sunscreen are all provided, along with a light breakfast and lunch. This year’s D.C. cleanup is supported by the European Union’s Delegation to the U.S.

In all, 1,080,358 volunteers in more than 120 countries collected 23.3 million pounds of trash during last year’s ICC. As in previous years, cigarette butts–which contain plastic filters–topped the list at approximately 5.7 million collected; with food wrappers (just over 3.7 million), plastic straws and stirrers (just under 3.7 million), plastic cutlery (nearly 2 million), and plastic beverage bottles (nearly 1.8 million) rounding out the top five. 2018 is the first year that plastic cutlery ranks among the top ten most commonly collected items. Launched in 1986 on a single beach in Texas, the ICC has mobilized more than 15 million volunteers to remove nearly 315 million pounds of trash from beaches and waterways worldwide.

Every year, millions of tons of trash–including an estimated 8 million metric tons of plastic waste–flow into the ocean, entangling wildlife, polluting beaches, and even infiltrating the food chain. Because plastics never fully biodegrade (rather, they break up into smaller and smaller pieces called microplastics) they accumulate in the marine environment.

“Marine debris is a global problem that requires a host of solutions. Improving waste infrastructure in key areas, reducing our use of single-use plastics and moving towards a circular economy are all necessary to stop the flow of trash into our ocean,” said Nicholas Mallos, senior director of Ocean Conservancy’s Trash Free Seas© Program. “But cleaning up our beaches and waterways is an important piece of the puzzle. Not only does it prevent trash from ending up in the ocean, but it also helps galvanize our volunteers into becoming advocates for the ocean throughout the year.”

The D.C. International Coastal Cleanup runs from 9:30 AM to 12:30 PM on Saturday, September 21. Visit here to register.”

Read more →
More Stories
Celebrate Petworth is Saturday!67th and Final Great Garden Haul AKA Fruits (and Vegetables) of Your Labors for 2019!!