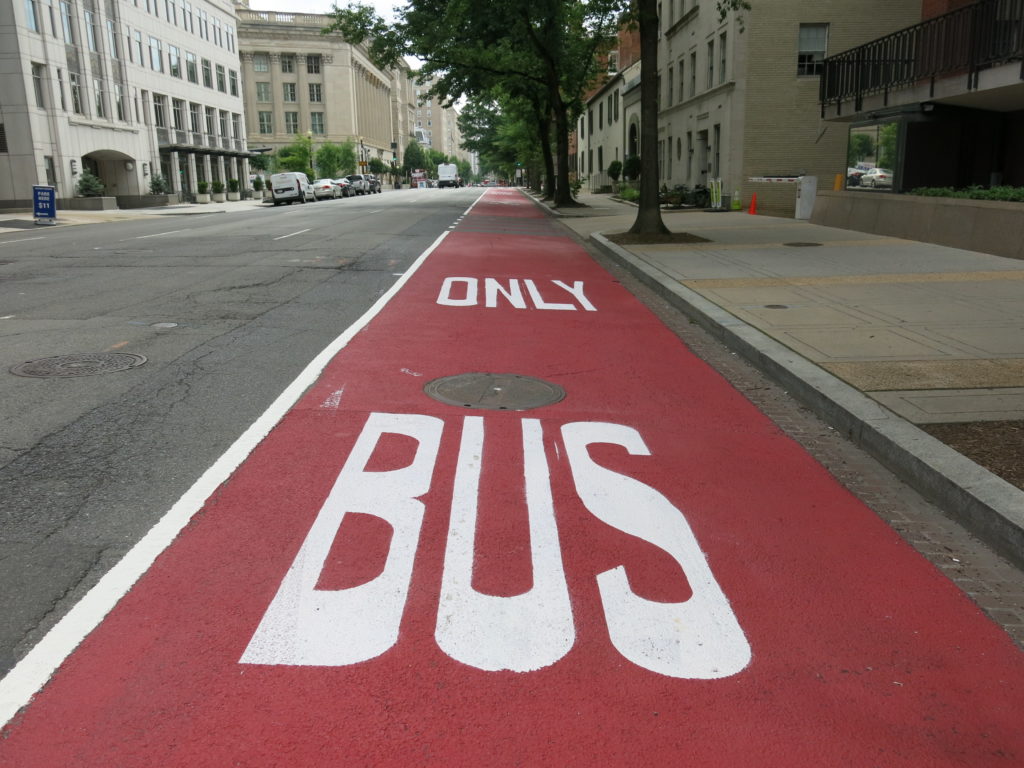 “Today, the Bowser Administration announced that the bus lane pilot on H and I Streets NW will become permanent effective November 12, 2019. Bus speeds and reliability were improved during the pilot program, and DDOT is continuing to make adjustments that will enhance the experiences of bus riders along the route.

“Under Mayor Bowser’s leadership, we are committed to improving bus travel for residents and commuters across all eight wards,” said the District Department of Transportation (DDOT) Director Jeff Marootian. “The H/I bus lanes will make the commutes of thousands of bus passengers traveling through downtown faster and more reliable every day.”

Preliminary data comparing June 2018 and June 2019 found improvements in bus speeds and reliability on I Street NW but not on H Street NW. DDOT will implement the following changes to remedy operational challenges identified during the pilot period:

Extend bus lane hours to operate between 7:00 a.m. and 7:00 p.m., Monday through Saturday, to reduce confusion about when lanes are in effect.
Create loading zones on the opposite side of the street (south curb of I Street and north curb of H Street) to accommodate loading spaces that will be impacted by the bus lanes.
Change signal sequencing and operations to accommodate the heavy volume of right turning vehicles in the corridor that can create bottlenecks for buses.
Move bus layover spaces outside the bus lane corridor to accommodate critical bus operations needs at non-conflicting locations.

More Stories
Looks Like Parachute Home, bedding/towel company, is coming to Logan CircleToday’s Rental was chosen because the description is incredibly detailed.