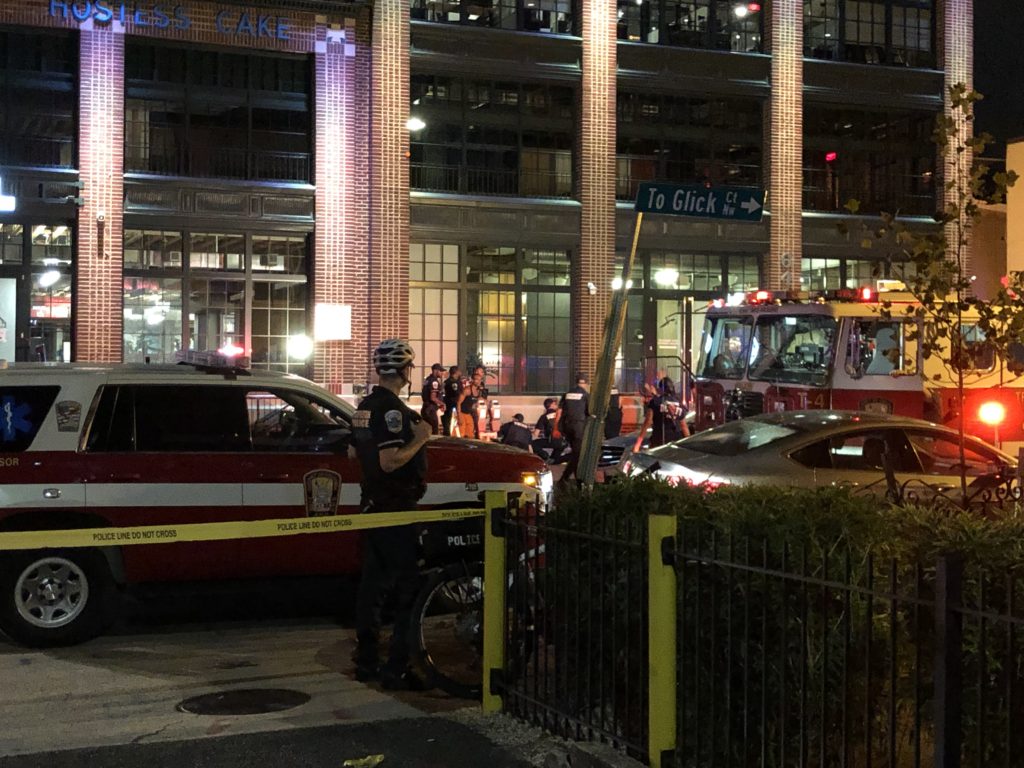 “Shooting in Shaw, by the WeWork on S St NW, around 10:20 pm. Two clusters of maybe ten gunshots total. Significant police and emergency response; at least one person loaded into ambulance.”

“The Third District is currently investigating a shooting in the 600 block of S Street NW. An adult male has been transported to an area hospital with a gunshot wound to the upper body.

“Police said the man was taken to an area hospital and pronounced dead.”