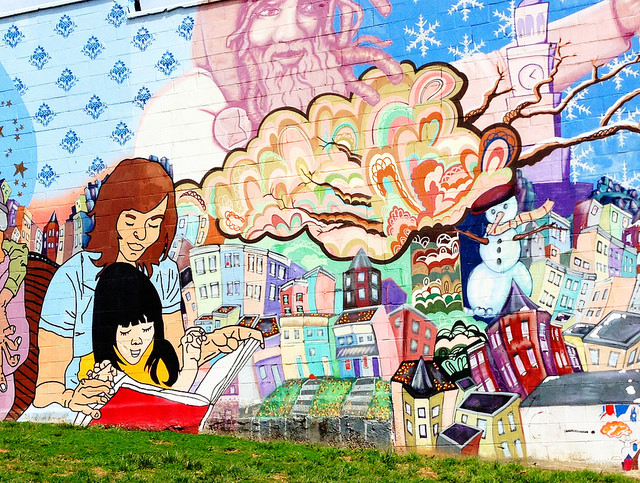 “This week, one lucky District resident under the age of five will receive the one millionth book ever mailed out as part of the Books From Birth Program – a free program that sends a book to kids under the age of five in the District of Columbia each month. The program was the focus of the first major piece of legislation Councilmember Charles Allen (Ward 6) introduced after taking office.

The District of Columbia Public Library is marking the one millionth book as the latest milestone of this highly successful program to put more books in the hands of young readers and their parents as a way to improve early literacy rates and close the “word gap” in children under the age of five. The “word gap” references the number of words a baby or toddler’s developing mind is exposed to early in life – a key data point in improving early literacy rates.

“In just four years, more than 46,000 young District readers have been able to open the mailbox and pull out a book just for them,” said Councilmember Allen, now in his second term on the Council. “My oldest daughter is a proud graduate of the program and is now an avid reader. My three-year-old eagerly checks the mail each month for his new book and we read it together that night.”

The Books From Birth program is free to every family with a child from birth until their fifth birthday. But DCPL does targeted outreach into communities that have lower rates of literacy to get higher enrollment. The program partners with Dolly Parton’s Imagination Library, which marked its 100,000,000th book mailed last year across the US and internationally.

“Both of my children have shelves of books at home – but I know not every child is so fortunate. Outside of our goals to improve childhood literacy and foster brain development more fully, I wanted Books From Birth to give parents and their young child the chance to bond and just read a book together. It can be such a wonderful few minutes together.”

Councilmember Allen continued: “It’s been a great partnership with Mayor Bowser and DCPL Director Reyes-Gavilan and his team, who are doing an amazing job with the program. It is inspiring to know Books From Birth is a special part of so many District families’ routines in every neighborhood in the city.”

The legislation establishing the program was introduced by Councilmember Allen on January 20, 2015. It passed into law as part of the budget that year, fully funded and was up and running in 2016.”