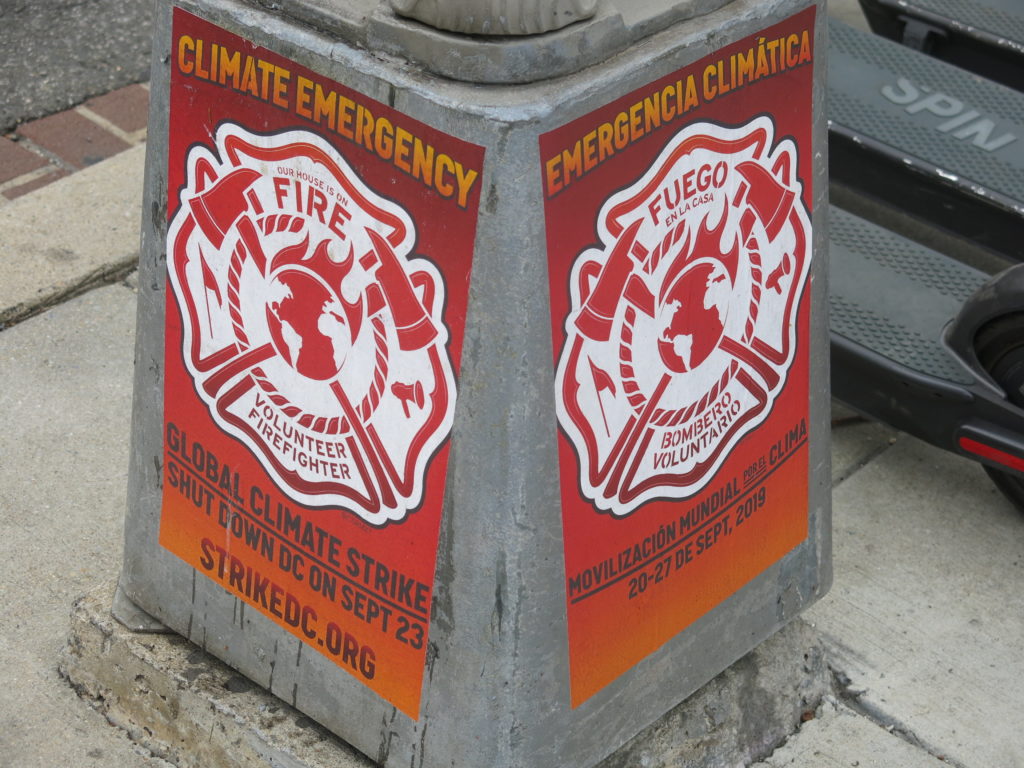 “Youth leaders around the world have called for a Global Climate Strike and week of action from September 20-27. Youth have led the way so far but now they are calling on everyone to take action with them. In Washington, DC we are answering that call in a major way: we are going to Shut Down DC.

On September 23rd, a coalition of climate groups and allies will bring traffic and business as usual to a standstill in the nation’s capital to demand the government acts immediately to end the climate emergency. We are calling on parents, workers, students and everyone worried about global heating to skip work or school and put off their other responsibilities to join us in the streets for a nonviolent, peaceful rebellion.

The multi-site blockade, the first of an international wave of citywide climate shutdowns that begins next month, will seize key intersections across the city to demand the abolition of fossil fuels and a rapid transition to 100 percent renewable energy. We invite people to join us in the streets to celebrate the rising tide of global rebellion against climate catastrophe with games, music, food, beach balls, kiddie pools, face painting and other festivities.

In the run-up to the shut-down, organizers will host meetings on September 18 at 6 PM at the Friends Meeting House in downtown Washington DC. New York Times bestselling author Naomi Klein and the president of the Hip Hop Caucus, Rev. Lennox Yearwood Jr.,  will open the meeting on September 18 with a clarion call to action.

“Young people around the world are cracking open the heart of the climate crisis, speaking of a deep longing for a future they thought they had but that is disappearing each day that adults fail to act on the reality that we are in an emergency,” Klein writes in her new book On Fire: The (Burning) Case for a Green New Deal.

Rev. Lennox Yearwood Jr., Hip Hop Caucus President & CEO, said: “The devastating impacts of the climate crisis are here now, harming our communities and threatening life on this planet for our kids… We call for leaders in DC and around the world to take immediate bold action on the climate before it’s too late.” The minister will be available for interviews before and during the meeting. Coalition members are hosting a full calendar of events including art builds, public talks, panel discussions, and movie screenings across the city ahead of the shut down.

The Shut Down D.C coalition’s spokescouncil recently adopted the demands of the Youth Climate Strike, which include an immediate end to all fossil fuel extraction, the protection and restoration of biodiversity and the implementation of sustainable agriculture as part of a just transition to a cleaner, brighter future that will create millions of jobs. Humanity has never faced a crisis of this magnitude and only immediate and transformative change can ensure our survival. 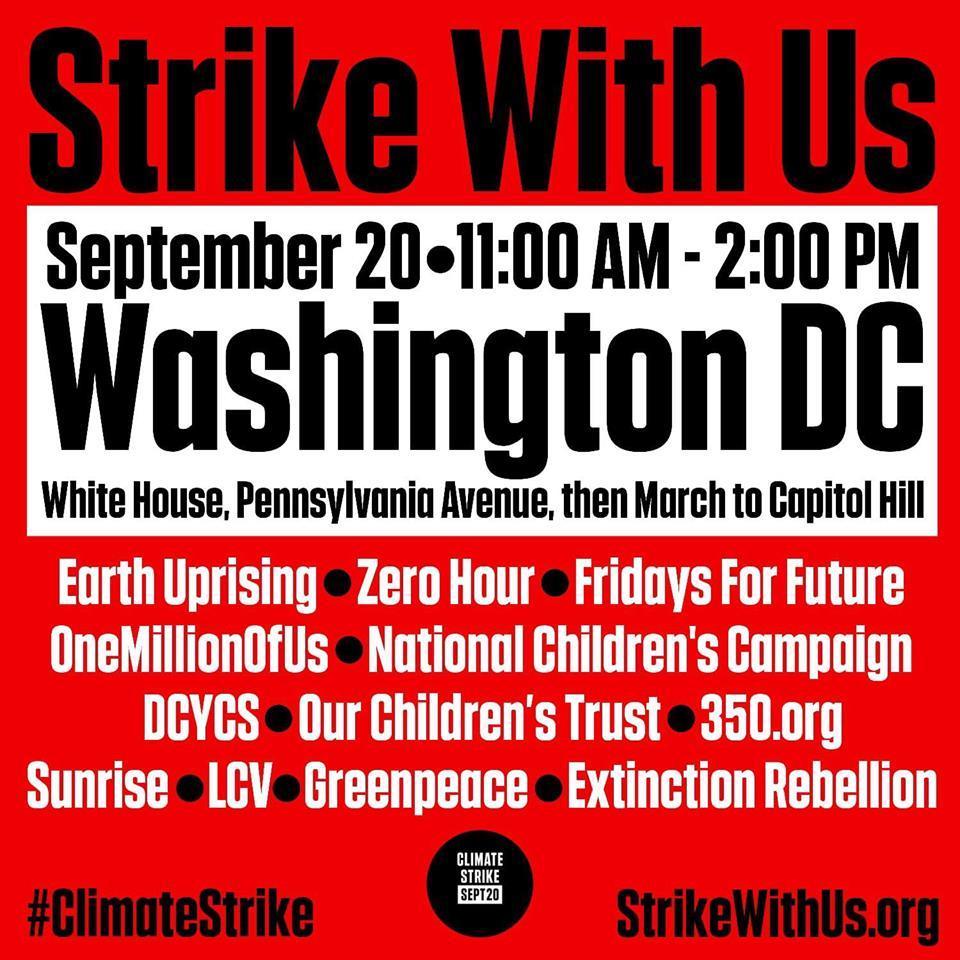 Starting at the front gates of the White House on Pennsylvania Ave NW, then marching to the Capitol Building

Since Greta Thunberg’s first school strike for climate a year ago, young people have revolutionized the way humanity perceives the scope of the climate crisis. On September 20, 2019, young people will kick off a worldwide week of action with an international strike. September 20th will be the largest mass mobilization for climate action in human history.This time, adults will be joining the youth-led call for climate action to demand world leaders take meaningful steps to address this crisis with the urgency it requires. Youth and adults will stand arm-in-arm in the fight together for the future of humanity.

In Washington, DC, thousands of people with join us to demand climate actions and local youth organizers from over a dozen organizations, including Fridays for Future, Zero Hour, OneMillionOfUs, 350.org, DC Youth Climate Strike, National Children’s Campaign, and Our Children’s Trust, will strike in solidarity with millions of people around the world to demand a safe and survivable future. The DC Climate Strike will show our leaders that we will not stand idly by while our future is sold to the highest bidder and the biggest polluters. Our generation is here to say enough is enough and now is the time for immediate climate action.”

Read more →
More Stories
“SOMEWHERE® is a progressive mixed-use retail/café experience meant to push the boundaries of culture with a curated selection of multi-brand apparel, footwear, and coffees.”Waiting for the Bus in Style