Search
Washington, DC
H Street NE, What the Helen of Troy is This 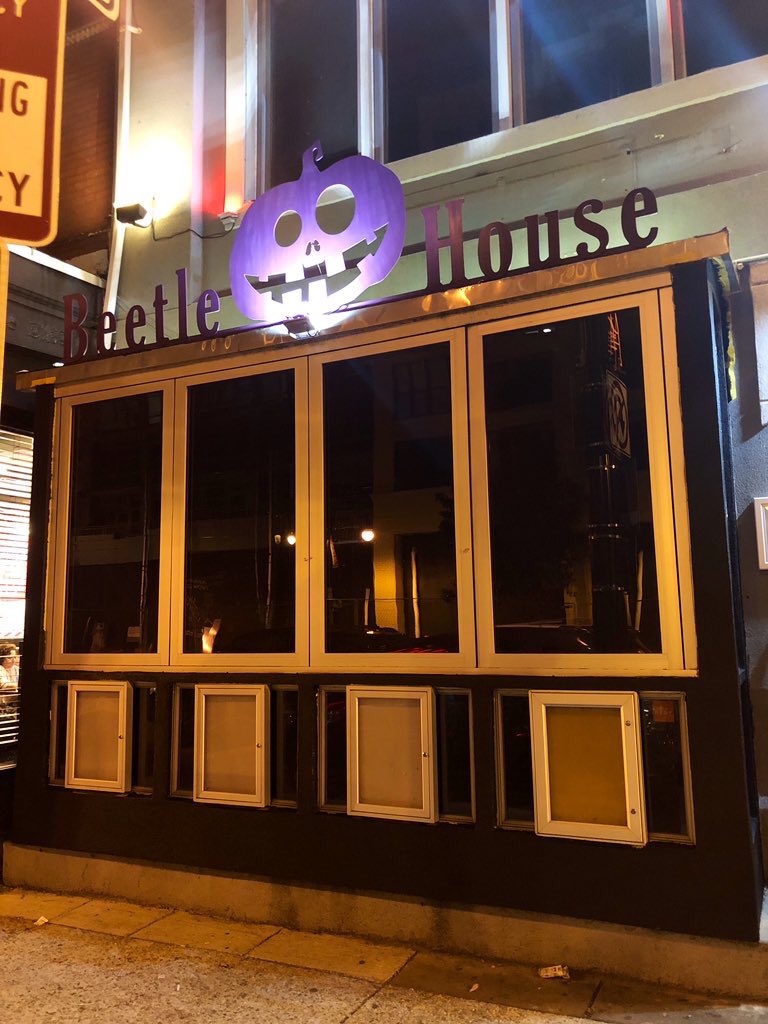 Thanks to Andrew for sending. Beetle House’s website says:

“Beetle House is a year round celebration of Halloween with an artistic and thematic atmosphere inspired by horror culture, magic, and the artistic, literary and cinematic works of Tim Burton, Alfred Hitchcock, Bram Stoker, Washington Irving, Edgar Allen Poe and many more.

In short, we are kind of like an adult Halloween party with a Burtonesque feel, curated by Alfred Hitchcock, with a 90s goth band on stage and everyone is wearing Weird costumes.:) We are a safe place where every goth, punk, freak, weirdo, artist, and visitor is welcomed and celebrated. Beetle House was created by Zach Neil and opened as a pop up restaurant in New York City in April of 2016. Due to its demand and success after three years, Beetle House become permanent in New York City. Hollywood California opened in May of 2017 and has now celebrated two years and moved from its pop up location to a permanent home at 1714 North Las Palomas Avenue. The New York location is a very small intimate experience suited for up to 45 people. Los Angeles is a large spectacle suited for 500 people. Both locations are very different experiences while folding true to the same concept and offering guests a truly unique and macabre experience.”