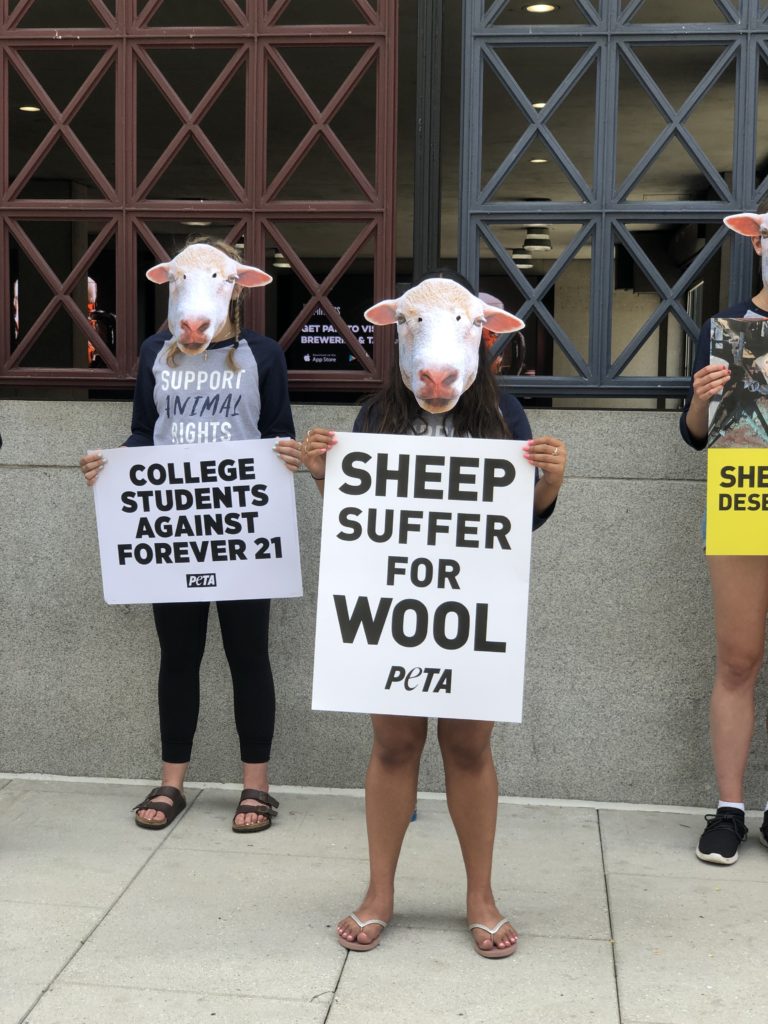 Thanks to Alyssa for sending the shot above from Metro Center around 1:15pm.

“Wearing sheep masks, a group of more than 70 people–college students and their staff advisers–participating in PETA’s five-day Campus Rep Summit will descend on a Forever 21 store in Washington, D.C., on Friday to urge shoppers to avoid the brand until it agrees to stop selling wool.

The protest follows two new PETA video exposés recorded on sheep farms in Australia, the world’s top exporter of wool and a source of wool used by Forever 21. Workers are shown beating petrified sheep in the face, deliberately mutilating them, and cutting the throats of fully conscious animals. The videos are PETA’s 10th and 11th exposés of the global wool industry since 2014, all of which the group has shared with Forever 21–but the company has refused to act.

“Today’s compassionate young people want nothing to do with a store that profits from the pain of mutilated sheep,” says PETA Senior Director Marta Holmberg. “PETA is calling on shoppers to steer clear of Forever 21 as long as wool sweaters and scarves are still on its shelves.”

Thanks also to Mackenzie for sharing the shot below:

“PETA got their interns together to fight for sheep rights in front of F21 in metro center.

Missed opportunity to let a few baby lambs wild in the store… in my opinion.” 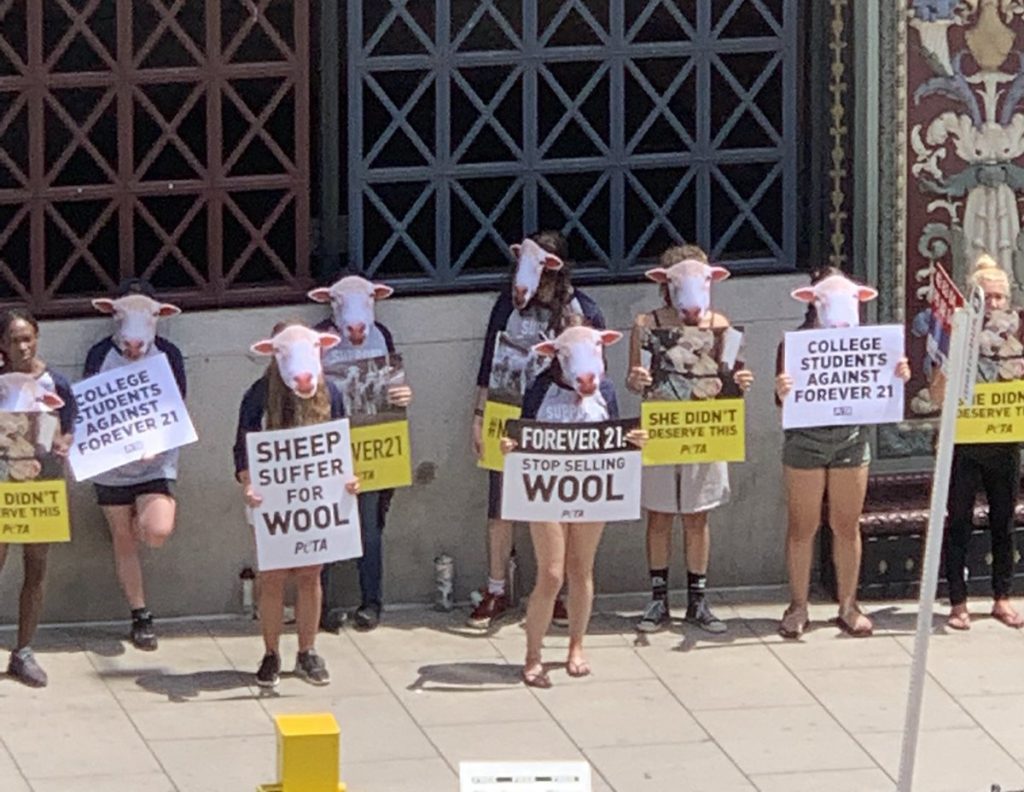