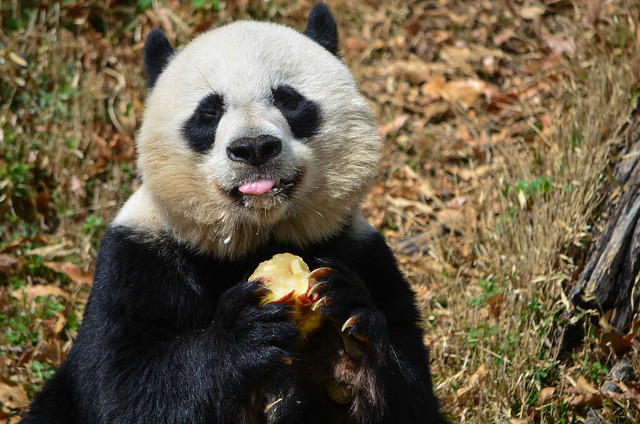 Hormones and behavior are not indicators of a pregnancy in giant pandas because they experience the same hormonal changes and behavioral changes even if they are not pregnant. The only way to definitively determine if a giant panda is pregnant before she gives birth is to detect a developing fetus on an ultrasound. Veterinarians have been conducting regular ultrasounds to track changes in Mei Xiang’s reproductive tract, but they have not seen anything yet.

Mei Xiang has been displaying subtle behavioral changes during the past few weeks, but they have become more pronounced in the last 24 hours. This morning she chose to stay inside the panda house and sleep instead of going outside in her yard to eat bamboo. When Mei Xiang is in the final stages of a pregnancy or pseudopregnancy she spends most of her time sleeping and becomes very sensitive to noise, so the panda house will close to provide her with a quiet environment. Visitors will still be able to see Bei Bei and Tian Tian outside in their yards. The best time to see them outside is early in the morning between 8 a.m. and 10 a.m., weather permitting.

Mei Xiang has also started building a small nest of shredded bamboo in her den and modestly adds to it at night. Her appetite has been normal, but she will likely choose to eat less during the coming weeks, which is normal. Keepers and volunteer behavior watchers with Friends of the National Zoo will monitor her for any other changes such as body-licking or cradling toys.”