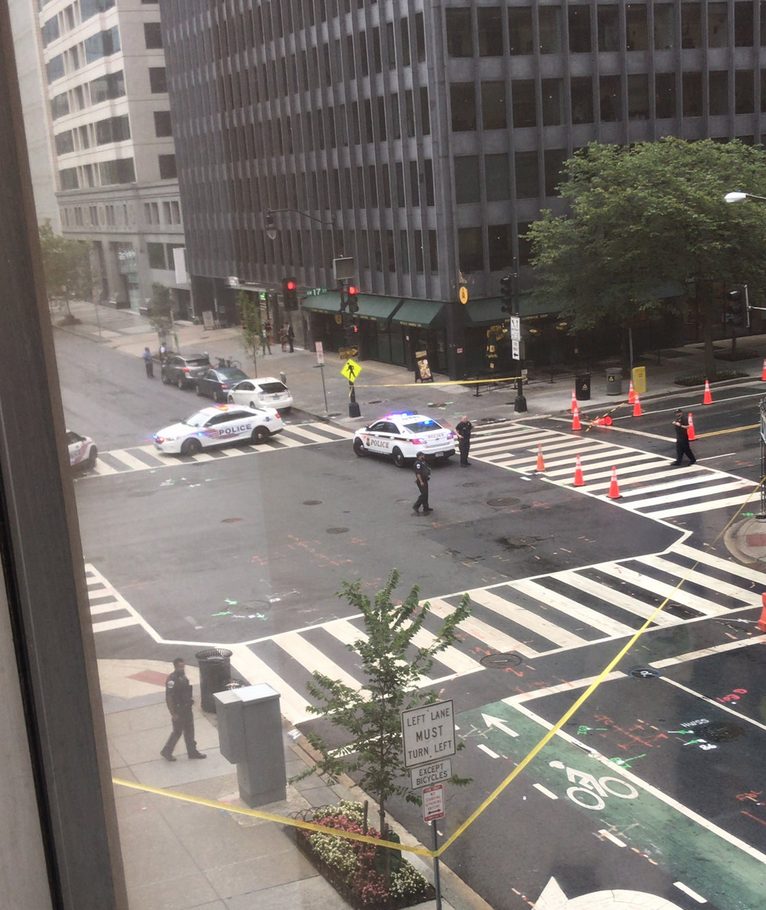 “Today at approximately 11:30am, 2D units received a call for service for a domestic assault near the intersection of 17th and L Streets, NW. Shortly after arriving, an adult male suspect ran from officers and there were reports that he was armed with a handgun. The suspect ran into an office building that was under construction in the 1700 block of L Street, NW where he was stopped a short time later. The suspect was placed under arrest by 2D officers without incident.

Just to be clear, there was no active shooter nor was anyone shot during this incident. The female victim was treated on the scene by an ambulance and did not have visible injuries. If you were a witness to this incident or have information you would like provide, please call our Command Information Center at (202) 727-9099 or text to 50411.

Thank you for your patience during the timeframe that the roads were closed and thank you to our 2D officers who responded swiftly in making the arrest.”

UPDATE: MPD reported, “MPD is currently investigating a domestic-related incident at the intersection of Connecticut Ave & L Street, NW. There is no active shooter. MPD has one suspect in custody.”

“20-30 police cars have gone down Connecticut Ave lights and sirens. Any idea what’s going on? Definitely not a motorcade, been coming by sporadically.”

Evan reported: “Just got an active shooter shelter in place at L and Connecticut”

Lindsay reported: “guy reportedly with a gun at the CVS at Farragut North” 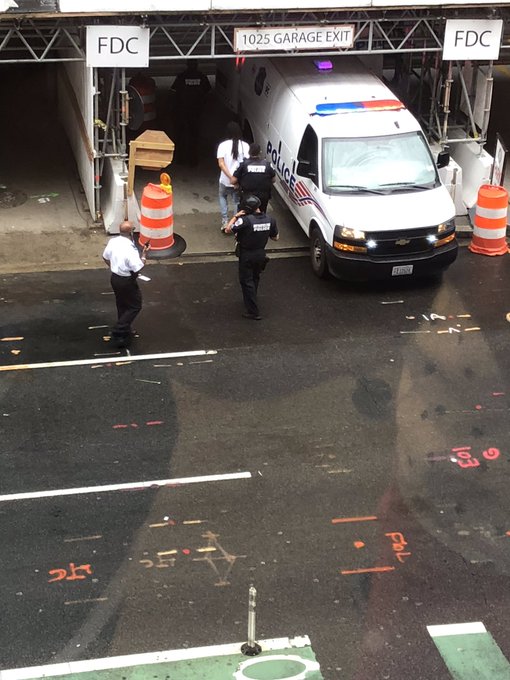 more stories
Previous
“is this a portal to another dimension?”

Next
Toast to Conservation and Meet a Penguin at Zoo Uncorked, September 12!