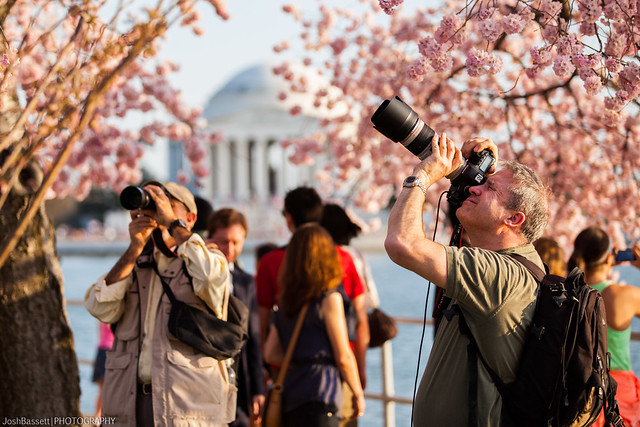 “Destination DC (DDC), the official destination marketing organization for Washington, DC, today announced that the nation’s capital attracted a record 23.8 million total visitors in 2018, up 4.4% over 2017. Elliott L. Ferguson, II, president and CEO of DDC, announced the ninth consecutive record year for visitation to the District, and upcoming sales and marketing plans to promote DC at the organization’s annual meeting.

“Our goal as an economic development organization is to drive visitation and create revenue for the District, so we’re thrilled to see the results of an additional 1 million visitors last year,” said Ferguson. “Tourism spending also supported 76,522 jobs3 in DC across all industries, which is the largest number we’ve seen in 10 years.”

“With more to see and do across all eight wards of DC, we are proud to continue welcoming visitors from all around the world,” said Mayor Muriel Bowser. “Whether you are coming to DC for work or fun, we are a city with something for everyone – from sports and theater to world-class dining and museums. We will continue creating new destinations and giving travelers reason to return, because when our tourism industry does well so do our local businesses and workers.”

“The data2 shows that Chinese visitation is down to the U.S. overall, especially when it comes to vacation and first-time visitors, which DC tends to see a bigger share of,” said Ferguson. “There are bright spots in the China market, however, with length of stay up 27% and room nights up 72%, so it’s more important than ever to maintain our strong market presence. In addition to leveraging in-market representation in China, India and Australia, we’ll build on the momentum of rebounds as seen in an uptick in visitors from the UK and Brazil.”

DC’s top 10 markets, in order of visitation, are China, the UK, India, Germany, Brazil, Australia, France, South Korea, Italy and Spain. Though overseas visitors only represent 8% of the total number of visitors to DC, international visitors [overseas visitors plus visitors from Canada and Mexico] represent 27% of the visitor spending.

“Stay Local DC focuses on the value of a local trip for consumers,” said Robin A. McClain, senior vice president, marketing and communications. “Whether that’s the convenience of not having to drive home after a night out, or the indulgence of a staycation nearby, messaging and deals will compel locals to play tourist in their backyard.”

Approximately 500 members of the travel and tourism industry joined DDC for its annual state-of-the-industry event. In a nod to development that will help attract visitors, the meeting was held at the REACH, the forthcoming development at The Kennedy Center, opening on Sept. 7, 2019.

“As Washington’s newest cultural destination, the REACH invites visitors to witness artists at work; to try one’s hand at creativity; or to simply relax and enjoy the stunning architecture, public art, landscapes, and sweeping views–all free, no ticket required,” said Deborah F. Rutter, president, the John F. Kennedy Center for the Performing Arts. “The REACH is a premier venue for performances, events, conferences, and convenings, all of which add value for businesses and individuals visiting our city.”

DC has 16 new hotels with over 3,307 rooms in the pipeline. New brands include Thompson Washington DC and the Riggs Washington DC. The Washington Monument reopens Sept. 19, the National Children’s Museum opens Nov. 1 and Planet Word opens next spring.