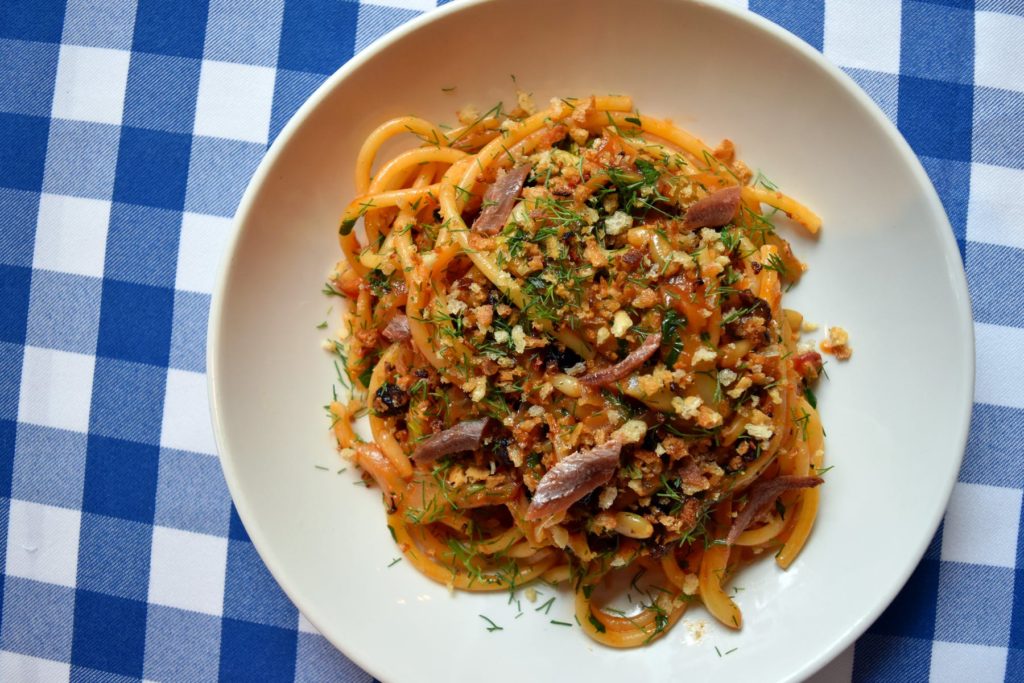 “Union Square Hospitality Group (USHG), founded by pioneering restaurateur Danny Meyer, and creator of some of New York’s most beloved restaurants, cafes, and bars, has announced today its latest culinary concept: Maialino Mare. A coastal sister to the original Maialino restaurant opened in New York City’s Gramercy Park Hotel in 2009, Maialino Mare is a Roman-style trattoria with an emphasis on seafood pastas and whole-grilled fish. The new restaurant, located on the ground floor of the 225-room Thompson Washington D.C. hotel at The Yards, will be USHG’s first fine dining concept in Washington, D.C. Maialino Mare is slated to open this Winter.

Helmed by Executive Chef Rose Noel, Maialino Mare will showcase her passion for cooking distinctly Roman cuisine and the art of using seasonally-focused ingredients. Chef Noel first joined USHG in 2014 cooking at Maialino, working alongside Chef Jason Pfeifer. Most recently, Chef Noel was on the opening team of Manhatta as the Executive Sous Chef, where she once again worked with Chef Jason Pfeifer to develop and execute the restaurant’s seasonal menu. As the Executive Chef of Maialino Mare, Chef Noel will lead her team in developing its culinary program and foster USHG’s distinguished culture of Enlightened Hospitality as it joins the Washington, D.C. community.

“For the past decade, Maialino has earned its place as a beloved gathering place for Manhattan’s Gramercy Park community – paying homage to the gutsy flavors of Rome, both on the plate and in the glass,” said Danny Meyer, CEO of Union Square Hospitality Group. “Now we’re excited to introduce Washingtonians to its brand new cousin – Maialino Mare – which will express that same Roman spirit, but with an even greater selection of seafood on the menu. We are thrilled that Rose is returning to her Maialino culinary roots, and we’re confident that she will quickly become a cherished citizen of the D.C. culinary community.”

Maialino Mare’s menu will rely on its local family of farmers and fishers, highlighting quality, seasonal ingredients throughout the menu, complemented by a robust Italian wine list and beautiful, rustic desserts. USHG will also operate the rooftop bar at the Thompson Hotel.

The ​Thompson Washington D.C​. will be located at the corner of Tingey and Third streets SE, with Maialino Mare accessible from street level, serving breakfast, lunch, and dinner daily. The restaurant will offer private dining and seasonal outdoor seating.”