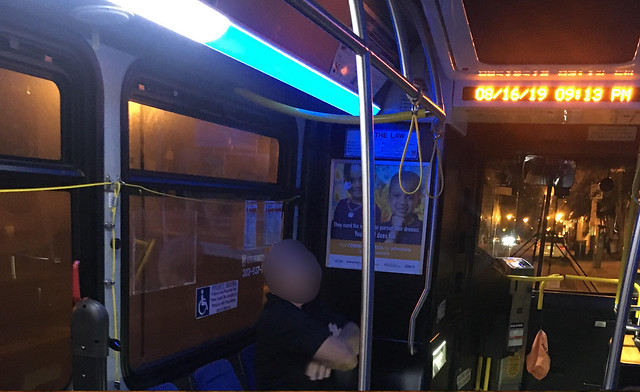 Beware of this crazy mid 60s well dressed white man. I got on the bus at Safeway and walked into the middle of a screaming match. I am almost certain that he was the instigator because it was him versus the entire bus. He was mostly screaming at a mid 40s man, but also screamed at women, other passengers, and the bus driver. He kept yelling at the other man to get off so they could fight,

he said his stop was macomb. He eventually got up and into the other man’s face and they started fighting, mostly grabbing and throwing tight swings. Bystanders broke it up and the instigator got off the bus by Einstein bagels.

I’m not sure what proper protocol is for bus drivers, obviously they’re not police so I don’t expect them to step in. But she should not have continued driving during the screaming and threats. Hopefully a police report will be filed. Someone said that they have seen the instigator before, also causing a scene.”