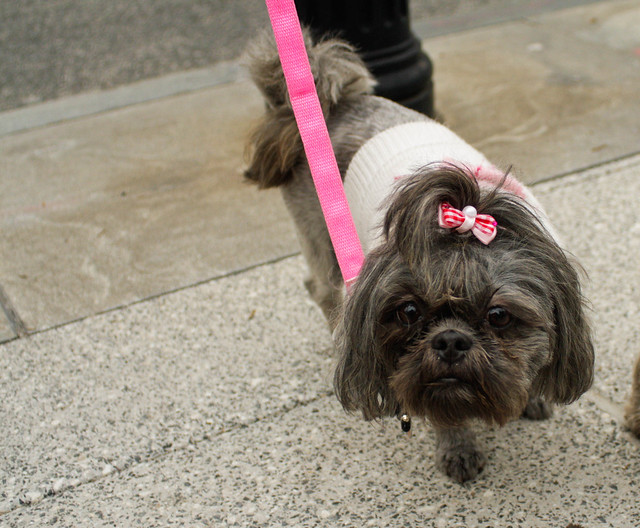 Our dog will be 15 yrs young in August. For the past 8 months he’s been battling an eye disease in both eyes. His left eye healed and his right eye did not, which resulted in it removal. It’s been 3 wks since his procedure and he’s back to his normal lively ways (yay!!). During all of this we’ve been unable to properly groom him. We need a groomer who will take great caution when trimming around his face because his remaining eye is still susceptible to injury. Does the PoPville community have any recommendations for senior dog groomers or dog groomers that make house calls?”