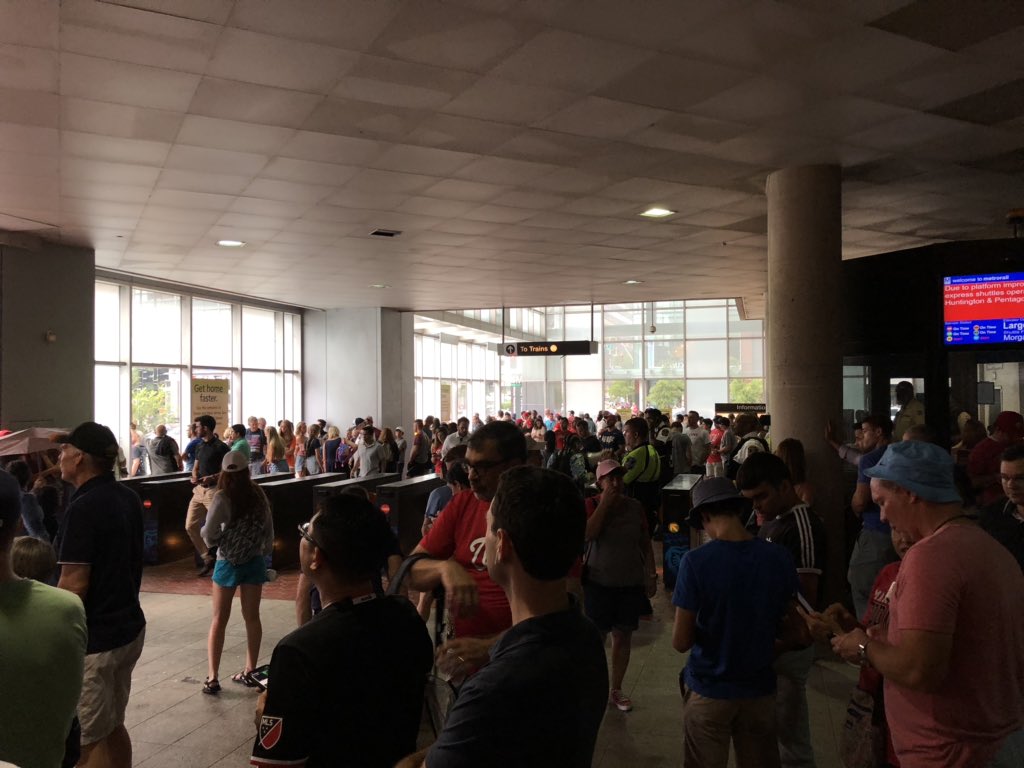 Basically it was pouring rain outside and masses of people were entering the station for the Nats and DC United game. People wanted to take shelter so they stayed in the station. The police officer kept telling the crowd to disperse and make entrance and exit accessible.

No one moved and he kept repeating the message to leave. Since no one moved he started to say that if we didn’t move he would force us to move. Still no one moved. He then said on at least 3 occasions that if we didn’t move we would be forced out with chemicals. Ultimately the rain let up a bit and people started to leave so the situation naturally resolved, but it was tense and at one point the aggressive police officer called out one person individually for not moving and it looked like it was going to escalate.”