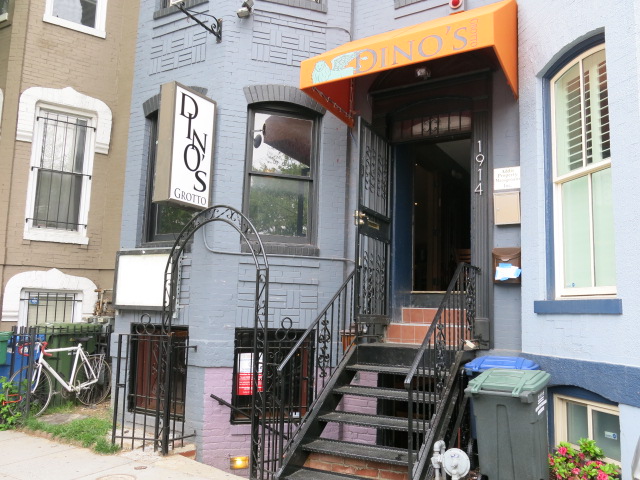 Last week a reader wrote in warning “A quintessential DC restaurant is close to closing”. The next day on the Cleveland Park listserv ar resident wrote:

“Dino’s is closing sometime in September. Dean made the decision to close in part because the business is struggling and in part because of his health. The food is still good, so stop by this summer.”

Yesterday CityPaper reported: “It’s true. Dino’s Grotto will close in Shaw no later than September, according to its gregarious proprietor, chef, and sommelier Dean Gold. He’s working with the building’s landlord to bring in a new operator, who will likely change the concept.”

I asked Dean for an exact date and he tells me “before the autumnal equinox” (September 23rd this year).

So have at it until then! Wishing Dean the best. And stay tuned to see who takes over the space after September.

More Stories
“The end of an era. Join us as we party till the very end!”Tanks and This Guy’s Back Too