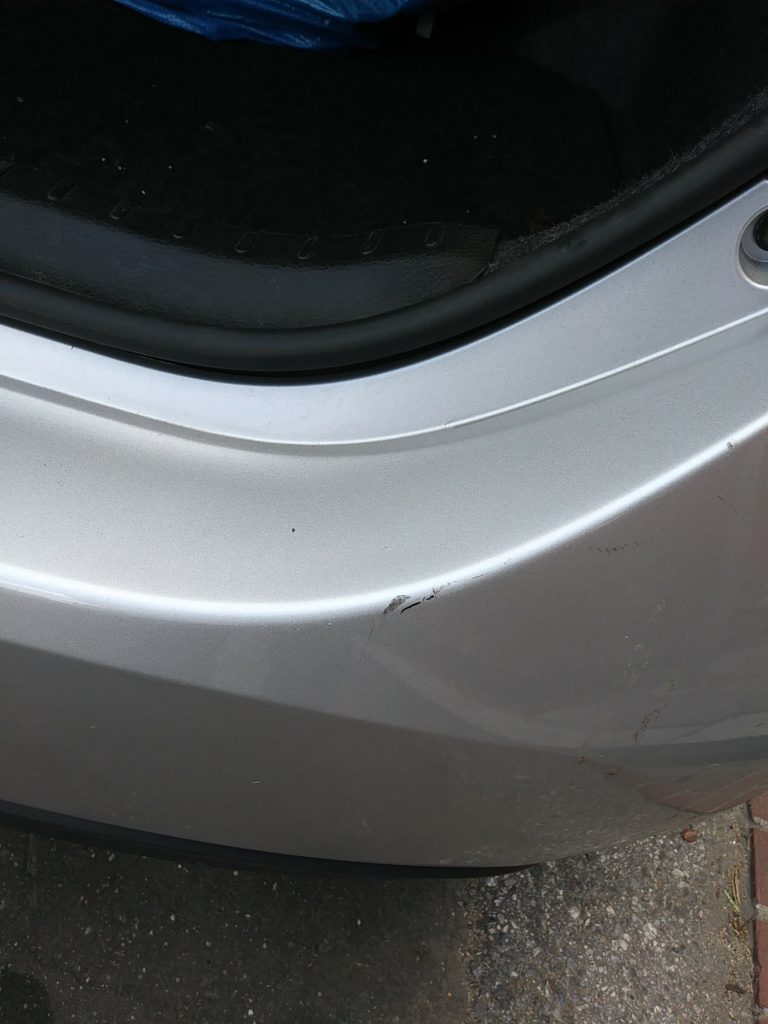 I wanted to raise awareness of an issue I am having with Lyft. For background, I had an unremarkable ride home from DCA last weekend – driver picked me up, put my small rollaway bag in the trunk, drove me home in silence, took my bag out of the trunk when we arrived, and we went our separate ways. I gave him a $5 tip on a $20 ride and a 5 star rating.

Five days later I received a $250 charge from Lyft for alleged damage that occurred to the driver’s bumper during my ride (initial email from Lyft below, picture above). I wrote back saying this is clearly a fraudulent claim based on the information they presented and that such damage could not have and did not occur on account of me. Lyft has decided to maintain the charge without providing me any additional details, and now I have to take things up with my credit card company.

This is the first issue I have encountered with Lyft, and I usually chose them over Uber because I heard (years ago) that they treated and paid the drivers at least marginally better. I am deeply disappointed in Lyft’s policy where they apparently allow a driver to claim damage and automatically charge a passenger before following up or even getting a damage estimate.

Anyone else have this happen to them?

***
I’m reaching out about one of your most recent rides with Lyft. At this time, your driver [Redacted] specifically identified you as the requesting passenger for a ride during which damage was incurred. I’ve attached photos of the damage provided by your driver for your review. The driver also provided anecdotal evidence of the situation.

Per our terms of service, we charge a damage fee to help drivers repair, remediate, or clean affected areas of their vehicle.

As of now, a $250 charge has been applied to your default card ending in [redacted]. You’ll receive a receipt in your email very shortly for this charge. Please note that this amount may be adjusted should you driver provide additional documentation.”