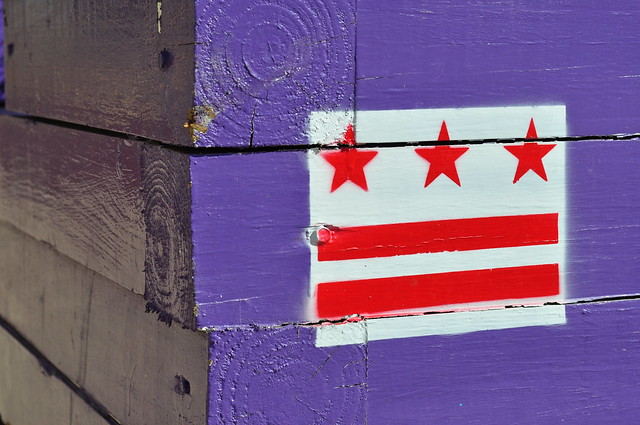 “Attorney General Karl A. Racine today filed a lawsuit against a local home contracting company and its father-son management team–Precision Contracting Solutions, LP and Derrick and Stephen Sieber–for deceiving consumers about home construction services and damaging homes across the District. In the complaint, the Office of the Attorney General (OAG) alleges a pattern of illegal behavior, including misrepresenting the quality of goods and services offered, negotiating contracts under false pretenses, breaking contract terms, and damaging property. With this lawsuit, OAG is seeking to stop the illegal conduct, to secure monetary relief for harmed consumers, and to recover penalties and costs for the District.

“Precision Contracting Solutions has routinely failed consumers by breaking contracts, failing to provide promised home contracting services, and even, retaliating against dissatisfied homeowners,” said AG Racine. “Our office has received more than a dozen complaints about the company’s shoddy construction work, which left District homes in varying states of disrepair. We filed this lawsuit to end the company’s deceptive practices, secure relief for harmed consumers, and to warn contractors that they will be held accountable for breaking the law.”

Precision Contracting Solutions (PCS), LP, is a licensed home improvement contractor based and operating in the District of Columbia since 2007. Derrick Sieber is the owner and chief executive officer, while his father, Stephen Sieber, is a principal and agent of the company. PCS offers home improvement and general contracting services, ranging from additions and repairs to renovations and remodeling, to consumers residing in the District.

According to OAG’s complaint, PCS routinely misrepresented their ability to deliver contracting services to District residents–obscuring the qualifications and credentials of their staff, project timelines, cost allocation, construction materials, and then threatening and harassing dissatisfied consumers and their representatives. OAG’s complaint alleges that the defendants violated the District’s Consumer Protection Procedures Act and Construction Codes. Specifically, OAG’s complaint alleges PCS harmed consumers by:

A copy of the complaint is available at: https://oag.dc.gov/sites/default/files/2019-07/Precision-Contracting-Solutions-Complaint.pdf

OAG’s lawsuit seeks restitution for victims, an injunction to stop the illegal behavior, and damages and costs. OAG is also seeking applicable civil penalties of up to $5,000 per violation of the District’s Consumer Protection Procedures Act.

AG Racine is committed to ensuring that District consumers can trust that contractors and developers working in the District abide by the District’s Construction Code and other relevant laws, as part of a broader effort focused on consumer protection. Since 2015, OAG’s Office of Consumer Protection has secured more than $11.4 million in relief for harmed consumers as a result of mediating complaints and holding businesses accountable for breaking the law.

How to Report Consumer Violations

Consumers who believe that they have been defrauded by contractors, or who have experienced scams or other unfair businesses practices, may contact OAG’s Office of Consumer Protection at (202) 442-9892, by emailing [email protected], or by submitting a complaint online.”