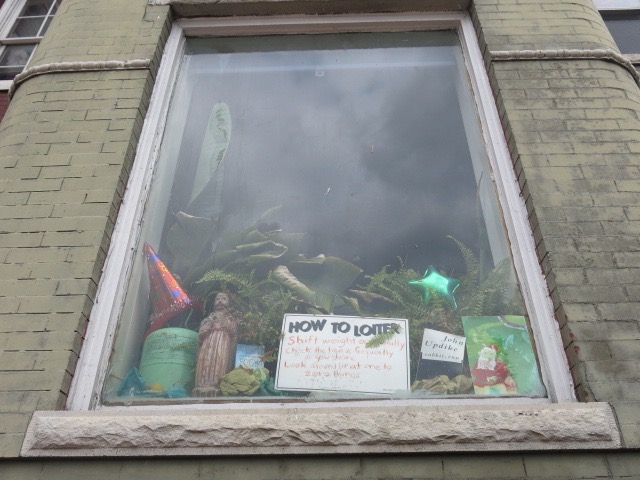 For years, a group of men have hung out on our street in DC smoking, drinking, and mostly talking about the Redskins and Wizards. One or two live on the street but most of the men do not live elsewhere (a few drive in with MD and VA tags). One by one, they arrive in the early afternoon and stay until late in the evening or early the next morning. While annoying, we pretty much dealt with it. Recently they have started to bring folding chairs and a charcoal grill. Not only do they block the sidewalk but they leave their trash on the ground and walk into the nearby alley to relieve themselves.

I, and others in the neighborhood, have called the police but almost always they slow down in their car, say something, and drive away. I don’t think the group have ever been forced to leave the sidewalk.

This has led me to think I do not understood DC’s loitering laws very well. I understand that our loitering laws are liberally viewed to allow for demonstrations, higher levels of unemployment, etc., but I thought spending 8-12 hours a day on a sidewalk while sitting in chairs and grilling up dinner was above and beyond loitering. Am I wrong? Can I set up on some random street and in front of someone’s house and have a bbq without penalty? Or is it illegal and the police not really doing their job?”