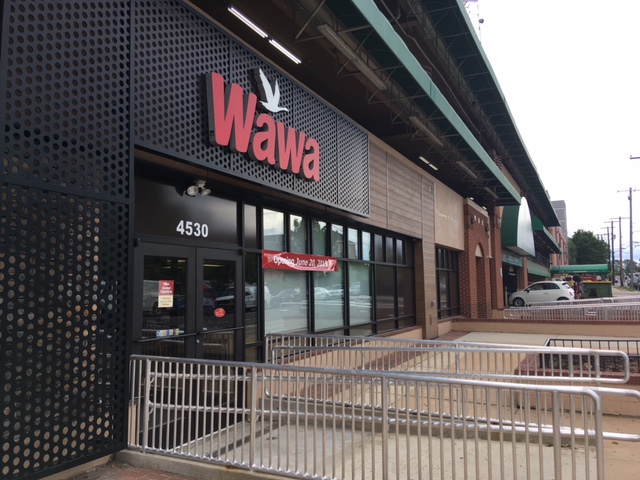 So the guy I spoke to out front was totally legit. From a press release:

The celebration will include exciting fanfare, a ribbon cutting ceremony, announcements by The Wawa Foundation about its campaign to honor, salute and celebrate our nation’s heroes and to raise funds for the USO, a non-profit organization with the mission to strengthen America’s military service members by keeping them connected to family, home and country. During the event, customers can digitally send an expression of gratitude to America’s service members as part of the grand opening from 8:00 – Noon via the USO’s Campaign to Connect kiosks. The event will conclude with a charitable hoagie-building competition to support the USO, and local charities and community groups supported by students from nearby American University and Woodrow Wilson High School.

The new DC store offers customers the best of all of Wawa’s newest food service offers, including new custom salads and milk shakes. Any size Coffee will be free through June 23 in celebration of the grand opening. Additional highlights of the store include unique interior store design features and Wawa’s signature foods and specialty beverages, including the newest items of custom salads, artisan sandwiches, and milkshakes. The store also offers many Wawa favorites and signature products available through Wawa Catering which can be ordered and picked up at store level.

About the Grand Opening Festivities

On Thursday, June 20, the new store will open to the public at 8:00 a.m. with T-Shirts for the first 200 through the door, followed by welcome remarks promptly at 9:00 a.m. During the event, local officials, members of Wawa’s leadership team; Adam Schall, Sr. Director of Store Operations, Wawa General Manager, Denis Chaliy, Wawa Area Manager, Erica Gamble; Wawa associates and customers; and Wawa’s mascot, Wally Goose will join together for a ceremonial ribbon cutting, officially marking the opening of the store. The ceremony will also include remarks by Member-USO, Inc. Board of Governors, Dawn Halfaker who will speak about the importance of Wawa’s partnership and the support provided by Wawa customers annually through this campaign. In 2018, Wawa and The Wawa Foundation’s in-store campaign raised over $852,000 for local USO programs that support America’s service members and military families. Since the campaign started, more than $5 million in funds have been raised for the USO since 2012.

Additionally, to recognize and support some of the local everyday heroes who are committed to volunteering, service and building stronger communities, the grand opening event will conclude with Hoagies for Heroes, a hoagie building competition including members of neighboring American University and Woodrow Wilson High School. The teams will compete to see who can build the most hoagies in three minutes in the traditional Wawa way.

Wawa will conclude the Hoagies for Heroes competitions by presenting checks on behalf of the winning and runner up teams, for $1,000 to the charities of their choice who are serving the local community.” 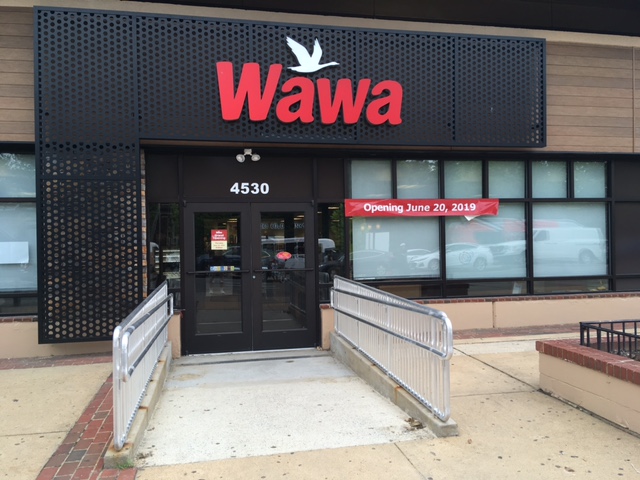