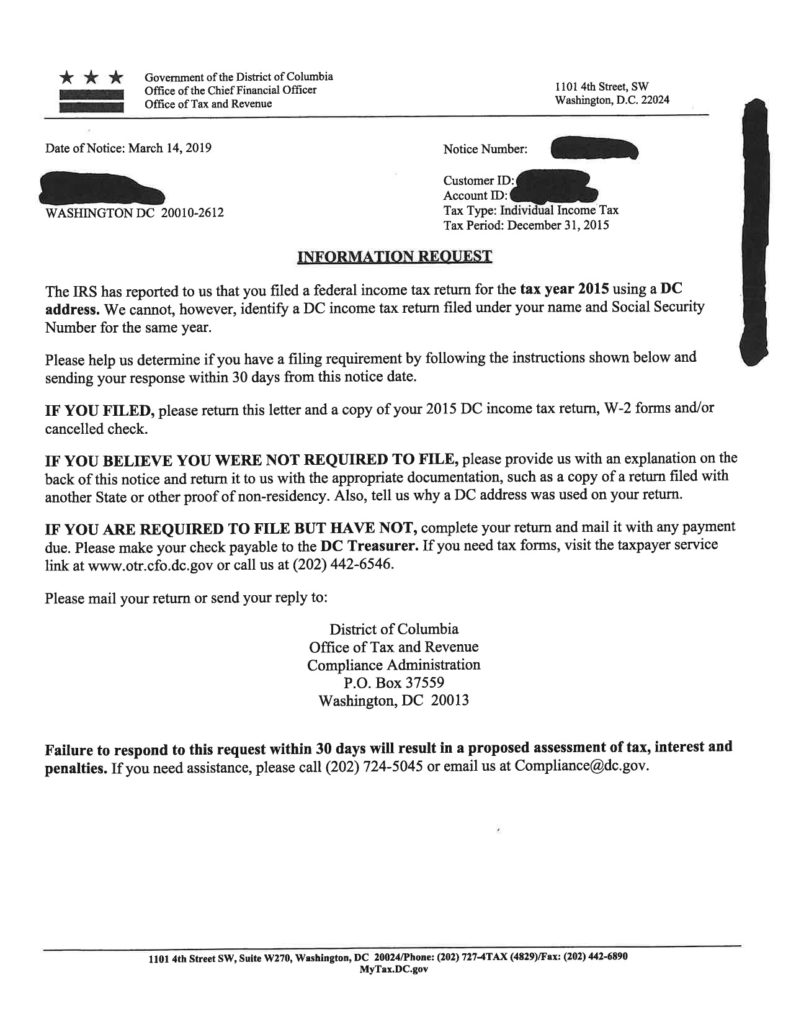 I’m following up on previous posts about incorrect billing for back income taxes by the DC Office of Tax and Revenue (OTR). I have been trying to resolve a bill from OTR from late 2018 in which they insisted that I never paid my 2014 income taxes. They added (and continue to add) a range of penalties and fees, so that the total balance is now almost $18,000. I have provided all the information that proves that I paid my taxes, to no avail. Now on the OTR web site, my payments appear AS WELL AS the incorrectly billed amount. Most recently, OTR put a lien on my property, which I discovered when I started receiving solicitations from these fly-by-night companies that apparently buy people’s liens from them at a discount.

I’m preparing another letter to OTR, attaching the entire paper trail (including the solicitations from the lien buyers!). I’m also copying Brianne Nadeau, urging her to have the DC Council investigate why this harassment of tax payers is happening and to put an end to it. [Is it not enough that our property taxes have tripled in the past 12 years and we can no longer deduct more than $10K in local taxes???] Before I send my letter, I wanted to check whether any of the PoPville readers who previously mentioned similar problems with OTR have resolved them or are still in this bureaucratic nightmare??”