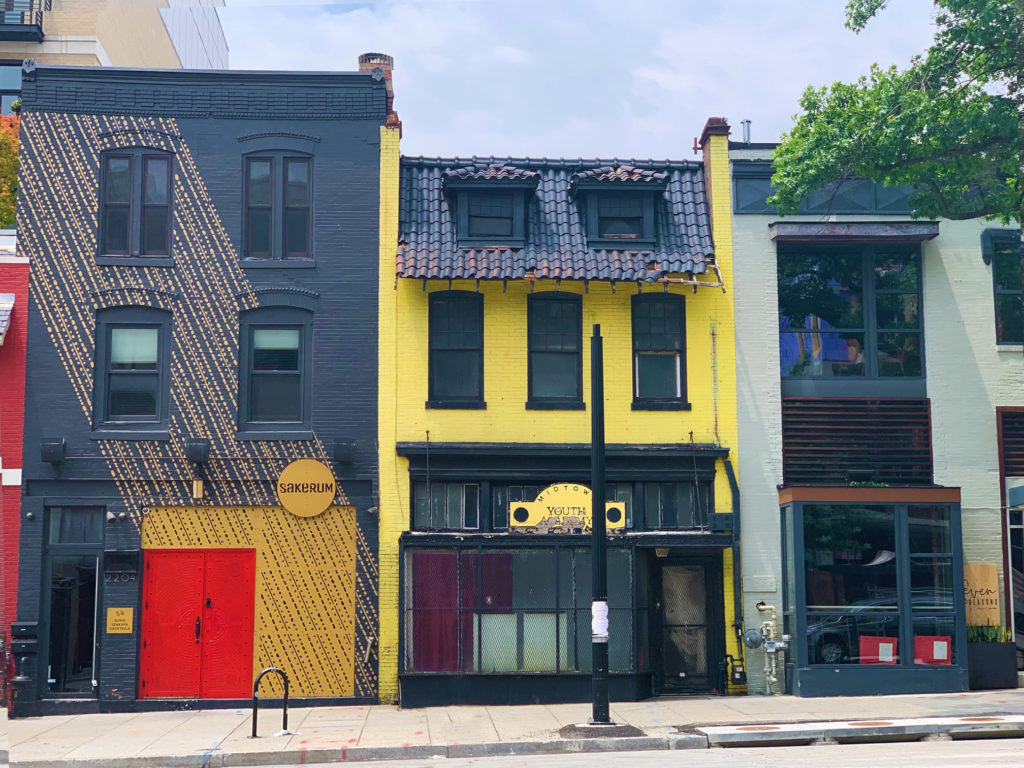 You can read a profile about the Midtown Youth Academy and its late founder Eugene ‘Thunder’ Hughes here.

“The Feldman Group of Marcus & Millichap announced today the sale of 2206 14th Street NW along Washington, D.C.’s popular 14th Street corridor for $2,275,000. The 2,870-square foot building which sits on a 2,400-square foot lot sold for $793 per square foot which is a significant amount for a property in its condition.

Josh Feldman, First Vice President Investments, and Ian Ruel, Vice President Investments of the Feldman Group of Marcus & Millichap brokered the transaction on behalf of the seller. The property was sold by long-time owner/user, the Midtown Youth Academy which had been operating out of the building for 37 years. The Midtown Youth Academy was founded in 1977 by Eugene R. Hughes, a boxing trainer and drug abuse counselor, whose mission was to offer boxing and educational programs for the benefit of area youth. Due to the cost of mitigating significant deferred maintenance at the property, Mr. Hughes, along with longstanding members Gloria Lee and Khalia Jackson, formed an advisory board to plan for the future and address the deferred maintenance issues. Following the unfortunate passing of Mr. Hughes in March of 2018, Ms. Lee and Ms. Jackson expanded the advisory board to include certain dedicated volunteers, many of whom once benefited from the Academy’s programs themselves. Ultimately the board came to the conclusion that the best way to honor the legacy of the Academy’s founder was to sell the property and take advantage of the equity in the building to fund its continued operations for the benefit of the District and its residents. Representing the seller, the Feldman Group of Marcus & Millichap was able to procure a very aggressive offer from a partnership between a local D.C. builder, Zusin Development, and a New York investment group, Sivan Properties. Understanding the goals of the Academy, the Buyer entered into a noncontingent contract which closed in 15 days. This allowed the Midtown Youth Academy to jumpstart its search for a new location while simultaneously raising enough capital to fund its programs for many years to come.

“While we are real estate brokers by trade, we understand that without the community within which we work, there would be no business for us to do,” says Feldman. “Given all the good the Midtown Youth Academy does for the District, we could not have been happier to help them with this transition. We are also thankful to have been able to procure a buyer who also appreciates the Academy’s mission and was willing to move so quickly to make this happen for them. I’m sure this will end up being an excellent long-term hold for the buyer given how the neighborhood should continue to mature over the next five to ten years.”

Ed. Note: On Thursday we saw renderings of the new development coming a block south in the former Martha’s Table space (who also moved) and beyond.

More Stories
It’s Official – So Long SEI“But what is this thing?”