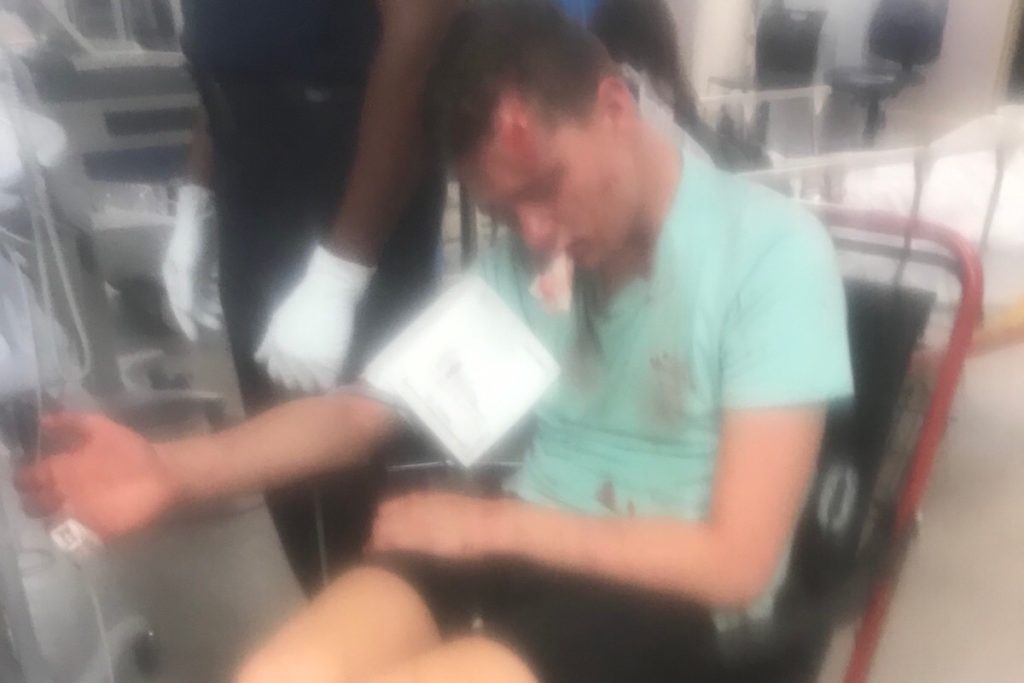 Can you please share this story of an anti-gay hate crime on U Street? It reminds us DURING pride month why it’s so important to HAVE pride month. These despicable acts are still happening in our own backyard.”

“UPDATE: DC Police LGBT Liaison Unit just visited us to see how we are doing. They confirmed 3 juveniles and 1 adult were arrested.

My boyfriend and I were assaulted last night [Sunday] a few blocks from Nellie’s for just talking closely on the sidewalk. It started with homophobic slurs and eventually there was a mob of 15 guys on him. I was powerless and all I could do was try to protect him. His phone is stolen, they knocked out a good part of his front tooth, and he had to get stitches for his lip. He doesn’t have insurance and we’re not sure how he’s going pay for it. Any help would be greatly appreciated.”

“My boyfriend, Braden, and I were walking from Hawthorne’s to Nellie’s on U St (in DC) last night and we stopped to talk for a few minutes. He was leaning against me and a few guys started yelling ‘faggot’ at him and started to swing at him. It was all a quick blur but next thing you know there was literally a mob of 15 guys beating him. They came out of nowhere and I was powerless to stop them, all I could do was jump on him to try protect him and scream help. I don’t remember how long they kept beating him for. They stole his phone and my wallet. They chipped a major part of his front tooth and he had to get multiple stitches on his lip.

Braden doesn’t have insurance and will have ER, ambulance, and counseling bills, along with needing a new phone. He will also be out of work for some time. Any help would be greatly appreciated.”