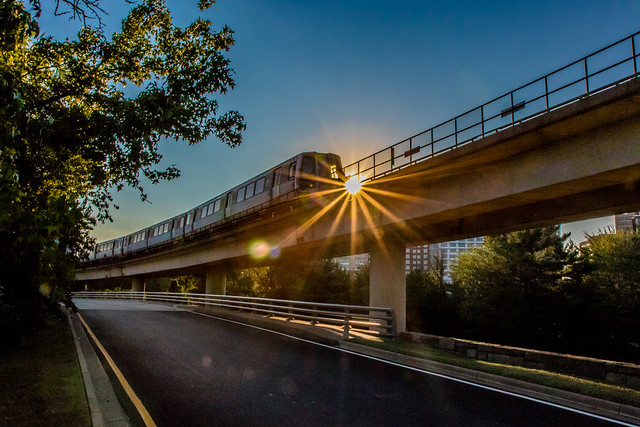 “Metro today announced it will begin running all Yellow Line trains to Greenbelt more than a month earlier than expected – starting Saturday, May 25 – when the Platform Improvement Project begins at six Yellow and Blue line stations south of Reagan National Airport. The service adjustment, originally scheduled to take effect in July, will allow Metro to provide more reliable service between the airport station, downtown DC and points north during the summer shutdown.

“By making this change now, we can better serve our customers impacted by the summer-long closures,” said Metro General Manager Paul J. Wiedefeld. “At the same time, customers on the Yellow and Green lines will benefit from the additional service a bit sooner than expected.”

The extension of the Yellow Line to Greenbelt was approved by the Metro Board of Directors earlier this year. Nine stations from Shaw-Howard U to Greenbelt will see rush-hour service levels double as a result of the change.

During a recent weekend simulation of rail service for the summer project, Metro determined that extending all Yellow Line trains to Greenbelt would improve train spacing, reduce congestion and maintain Metro’s commitment to operate normal service outside of the shutdown area.

In addition to local bus services, Metro will provide an extensive network of free shuttles to accommodate customers at all six of the closed stations. Metro is also offering free parking at Franconia-Springfield, Huntington and Van Dorn St stations during the project.