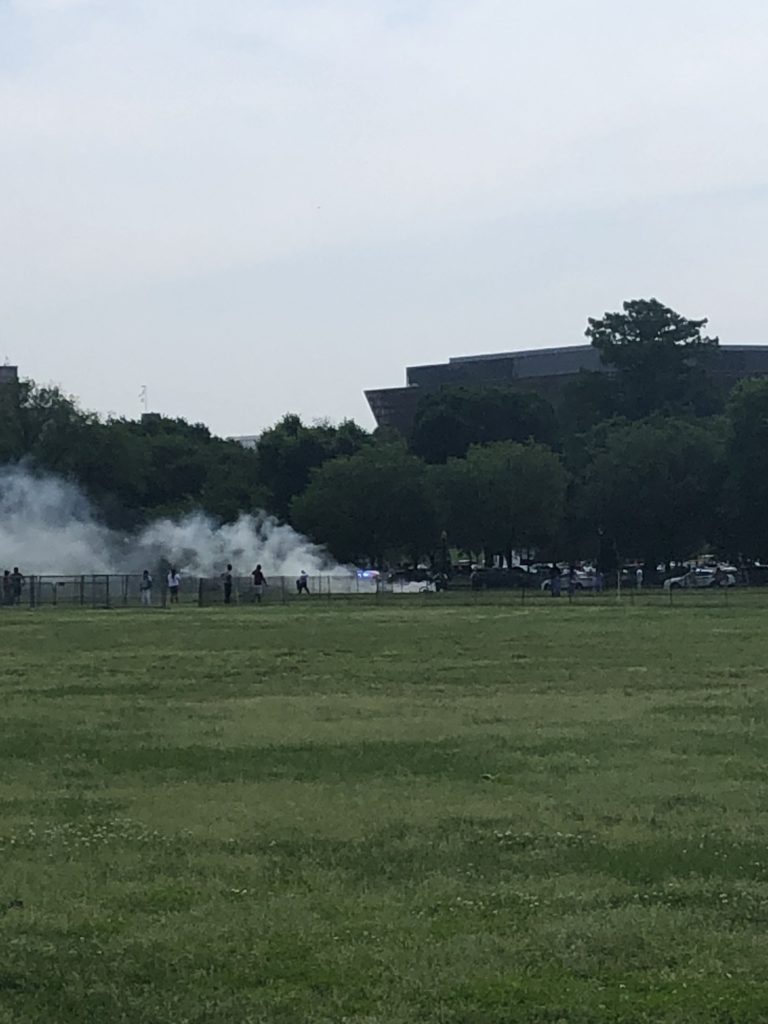 Any idea what happened on the ellipse by the White House? When I walked by I saw a big fire, tons of smoke and a group of people standing around. It looked like a person of fire!? At the same time I hear police sirens and many showed up quickly. There must have been a fire truck too because the fire was quickly put on. The photo attached is right after it was put out. White House grounds were quickly closed down.”

Another reader reports: “Now hazmat pulling up at 15th and Constitution”

“At approximately 12:20 p.m. a man lit himself on fire on the Ellipse near 15th and Constitution Ave., Secret Service personnel are on scene assisting @NatlParkService and @usparkpolicepio in rendering first aid.” 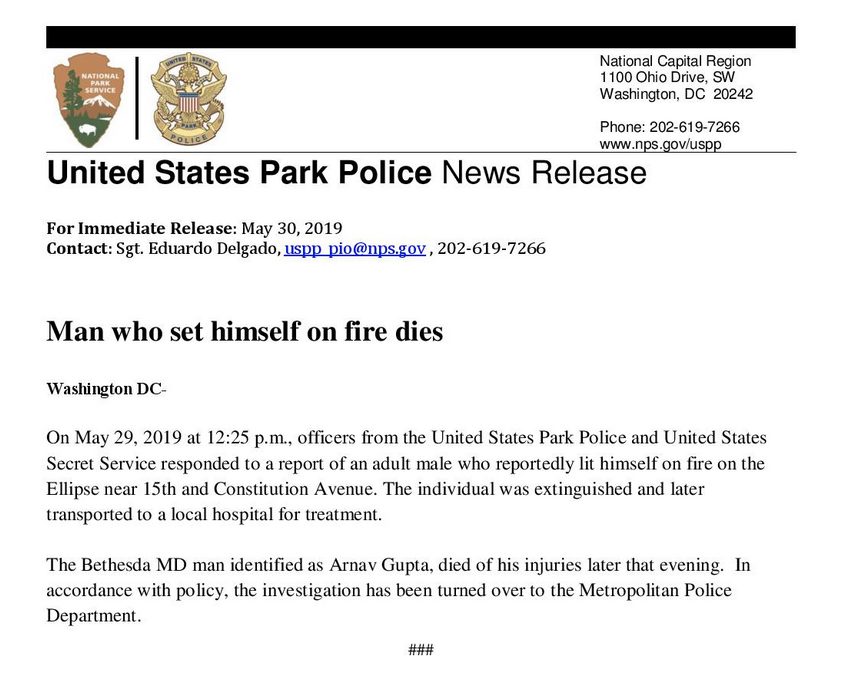 More Stories
New Bar, Alice, Coming to former State of the Union space on U StreetCelebrate With Kojo Nnamdi On June 6