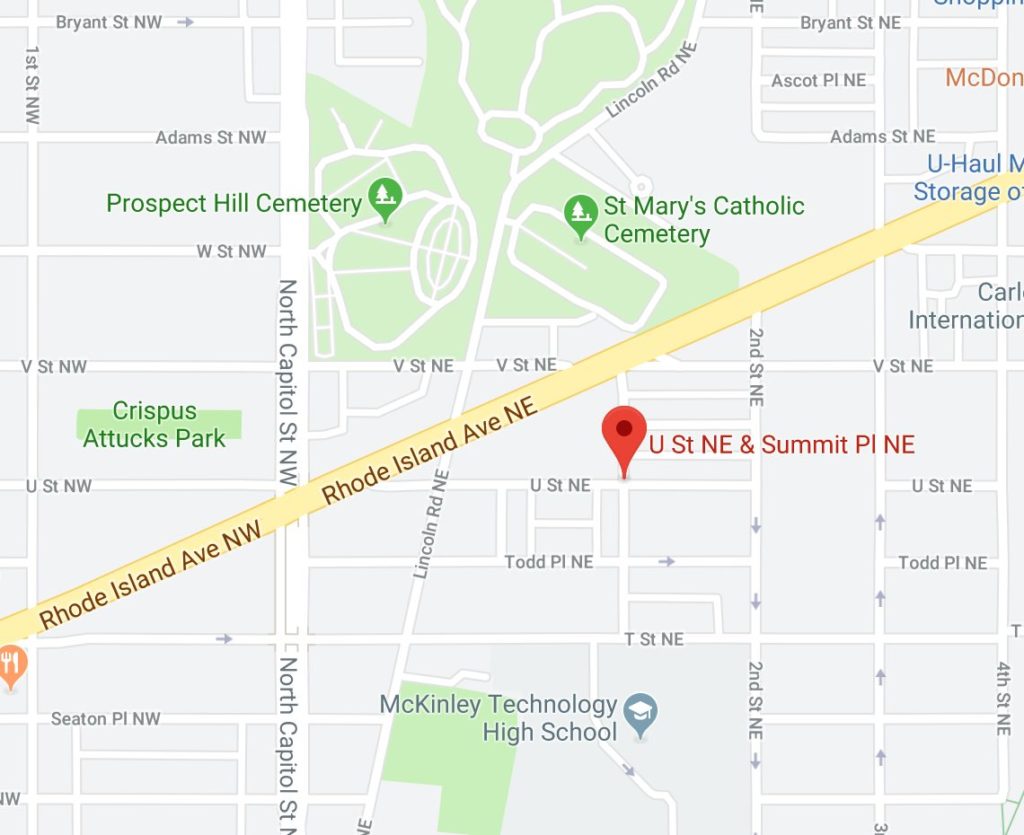 “The Fifth District is investigating an Armed Robbery wherein the victim was stabbed by the suspect.

The offense occurred on Tuesday, May 28, 2019 at approximately 9:40 PM near the intersection of Summit Place and U Street, NE.

The suspect approached the adult female victim as she was walking, and demanded her property. As the victim complied, the suspect, without provocation, began to stab the victim numerous times. The suspect then fled from the scene on foot eastbound in the 100 block of U Street, NE with the victim’s property.

The victim was taken to an area hospital for treatment of her injuries.

The Fifth District is deeply concerned with these events, and additional police resources have been deployed to this area. Members of the community are asked to report any suspicious activity or individuals by calling 911.

The suspect in this case is described as a black male, in his 20’s, 5’9″, wearing a black shirt and blue jeans. The suspect was armed with a knife.

This case is being investigated by detectives assigned to the Fifth District. Anyone who may have information pertaining to this investigation is asked to call 202-727-9099, or may send a text message to 50411.”

Read more →
More Stories
If You Build It, They Will Park in itANC1A Public Safety Meeting Tonight to Address Recent Violence in Columbia Heights/Park View