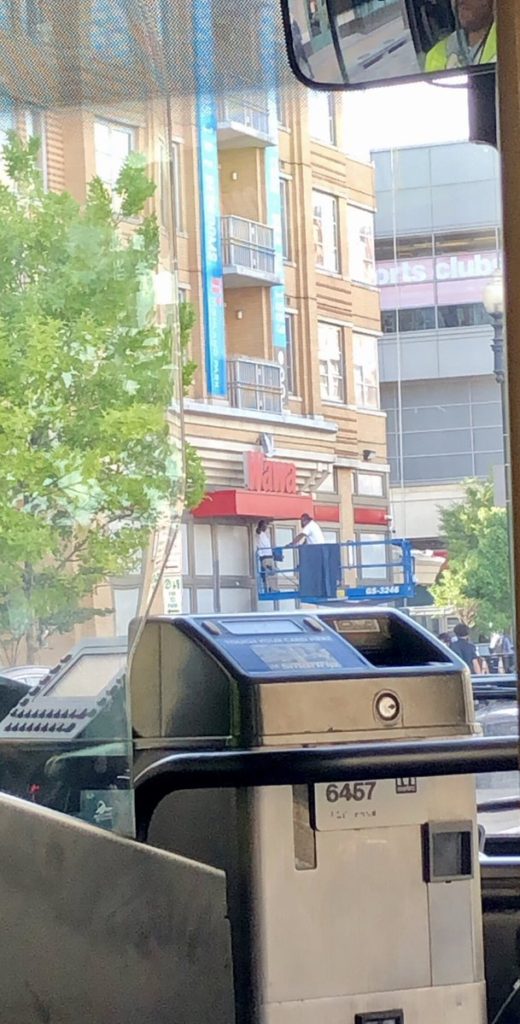 “Wawa, Inc. today announced its continued expansion into Washington D.C. with the grand opening of its 3rd store in the district, located at 1400 Irving St., NW, Suite 101, Washington, DC. The new store will open its doors to the public on May 23, at 8:00 A.M. with the grand opening ceremony kicking off at 9:00 A.M. The celebration will include exciting fanfare, a ribbon cutting ceremony, announcements by The Wawa Foundation of support of local community organizations and a charitable hoagie-building competition to support local charities.

“We are thrilled to continue spreading our wings into the Washington, DC, market and to fulfill the lives of more customers and communities than ever before with our 3rd store in the District,” said Adam Schall, Wawa Sr. Director of Store Operations. “We look forward to serving the Columbia Heights community and are excited about continuing our expansion in DC well into the future!”

The new DC store offers customers the best of all of Wawa’s newest food service offers, including new custom salads and milk shakes. Any size Coffee will be free through May 26 in celebration of the grand opening.

Additional highlights of the store include unique interior store design features and Wawa’s signature foods and specialty beverages, including the newest items of custom salads, artisan sandwiches, and milkshakes. The store also offers many Wawa favorites and signature products available through Wawa Catering which can be ordered and picked up at store level.

On May 23, the new store will open to the public at 8:00 A.M. with the grand opening ceremony beginning at 9:00 A.M. During the event, members of Wawa’s leadership team along with Local Officials will join together for a ceremonial ribbon cutting, officially marking the opening of the store.

About the Grand Opening Festivities

On Thursday, May 23, the new store will open to the public at 8:00 a.m. with T-Shirts for the First 100 through the door, followed by welcome remarks promptly at 9:00 a.m. During the event, local officials, members of Wawa’s leadership team; Adam Schall, Sr. Director of Store Operations, Wawa General Manager, Julian Cover, Wawa Area Manager, Erica Gamble; Wawa associates and customers; and Wawa’s mascot, Wally Goose will join together for a ceremonial ribbon cutting, officially marking the opening of the store. The ceremony will also include a check presentation of $2,500 to the Capital Food Bank for Wawa’s Lending a Helping Hoagie campaign which donates a portion of hoagie proceeds from the first week of sales to support hunger relief efforts in the Community.

Additionally, to honor and support some of the everyday heroes who are committed to our communities, the grand opening event will conclude with Hoagies for Heroes, hoagie building competition including members of the Capital Area Food Bank, the USO and a family team raising funds for the Leukemia & Lymphoma Society Light the Night event this Fall. The teams will compete to see who can build the most hoagies in three minutes in the traditional Wawa way. Wawa will conclude the Hoagies for Heroes competitions by presenting checks on behalf of the winning and runner up teams, for $1,000 to the charities of their choice.”

more stories
Previous
Whoa. WMATA Pulls Columbia Heights Dog Park Land Off The Market “will negotiate with the District to purchase the property.”

Next
Real Estate Fresh Finds: May 22