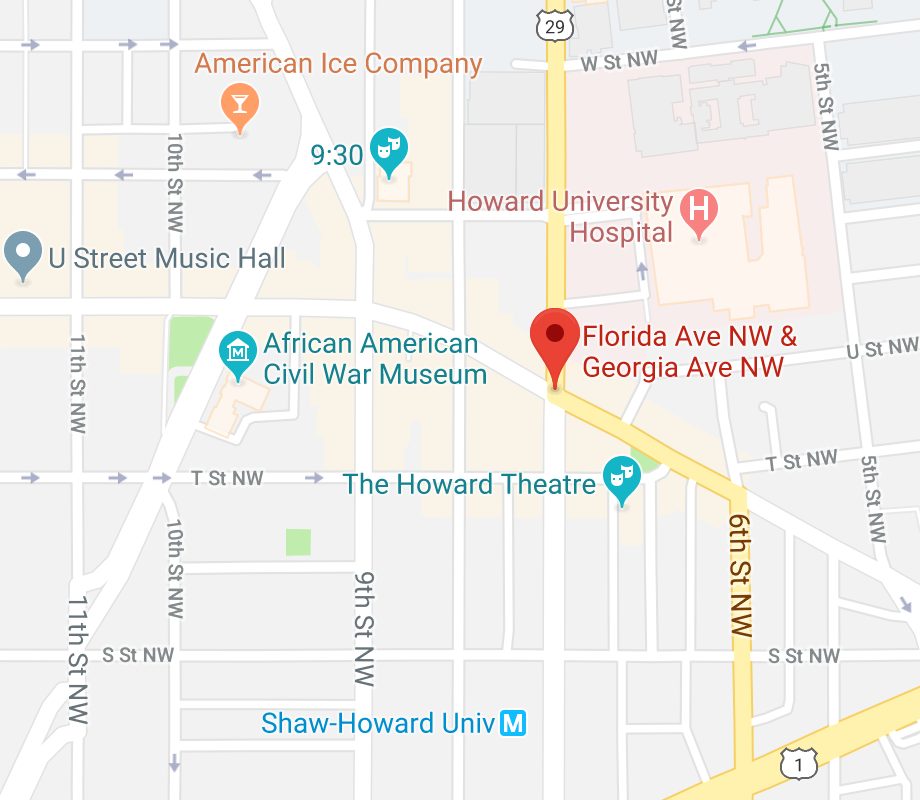 I am reaching out regarding what happened to me on Sunday in Washington D.C: at around 2:05am, I was crossing the street on Florida Avenue NW, at the crossroads with Georgia Avenue NW, when I was hit by a car, a dark colored SUV. The car was traveling southbound on Georgia Ave NW and attempted to make a left turn, heading eastbound on Florida Ave NW. I was crossing the street guided by the walk signal and had the right-of-way at the time of the collision. The person, a black male with dreadlocks according to the police report, apparently quickly stopped the vehicle to check on my welfare but then fled the scene, continuing Eastbound and without making their identity known. Unfortunately, no one had the time to write down the car tags.

I was wondering if you could ask potential residents or people working in the area to contact me if they witnessed the scene and/or if by any chance, they had access to a video camera that might have recorded the scene and could help investigate.”

Any witnesses can email [email protected] and I’ll put you in touch with OP.