I’m sickened by the events that took place in my neighborhood Saturday night. The police were called several times by multiple sources and this party was allowed to continue on for hours before ending in a nasty street fight in the intersection of Rhode Island and 6th NW. 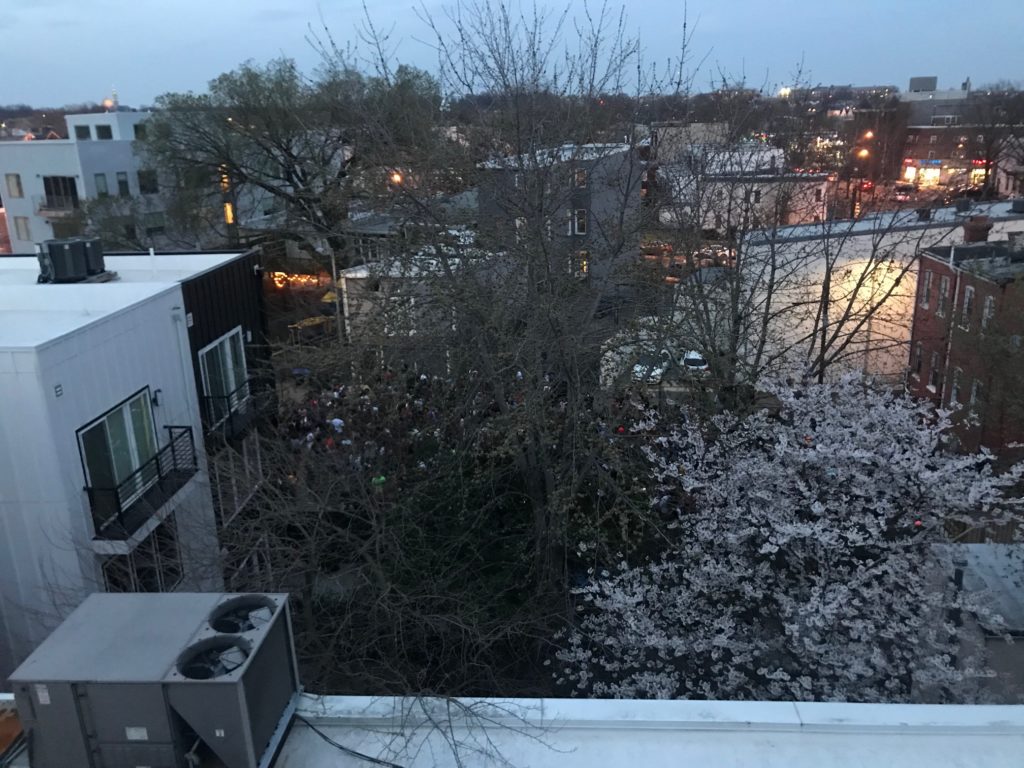 The party was in the empty lot in the alley next to the new Glick Court condos. I spoke to a few intoxicated girls hanging outside of my building and they said “it was a party thrown by Howard University”. It ended around 9pm with dozens of kids running from police sirens screaming in the alley that “someone brought a gun”. Then the fight broke out. Several neighbors and I went to check on the clean up afterwards and were almost attacked by the neighbors who said “it was their back yard and that they threw the party”.

I have contacted our ANC commissioner and district police commander about the incident.”

Next
Photos from the Kite Festival