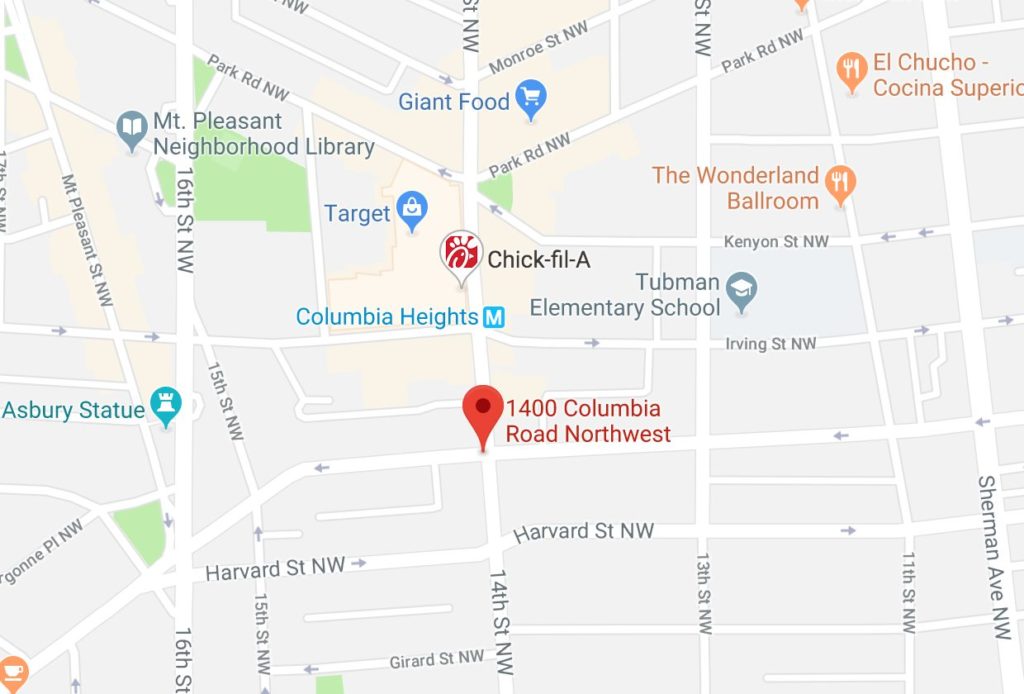 “At approximately 3pm today (Wednesday April 10, 2019), officers from the Third District responded to the 1400 block of Columbia Road NW in reference to several calls for the sounds of gunshots. Officers on scene located several shell casings, but initially there were no victims or individuals reporting that they had been shot at. Several hours later an individual reported to police that they had been shot at while in that area.

Fortunately, the victim was not struck or injured and only property damage was observed in the area. Our officers and detectives are continuing to investigate this incident, reviewing video and collecting forensic evidence so that we can ascertain what exactly happened.

“Chatted with a cop who said it was two guys on scooters shooting at someone they had a beef with, someone from the Latin American community center came out to help and also got shot at. Didn’t say about arrests. Cases were everywhere. No one injured, only property damage.”